Hospital singled out by HSE 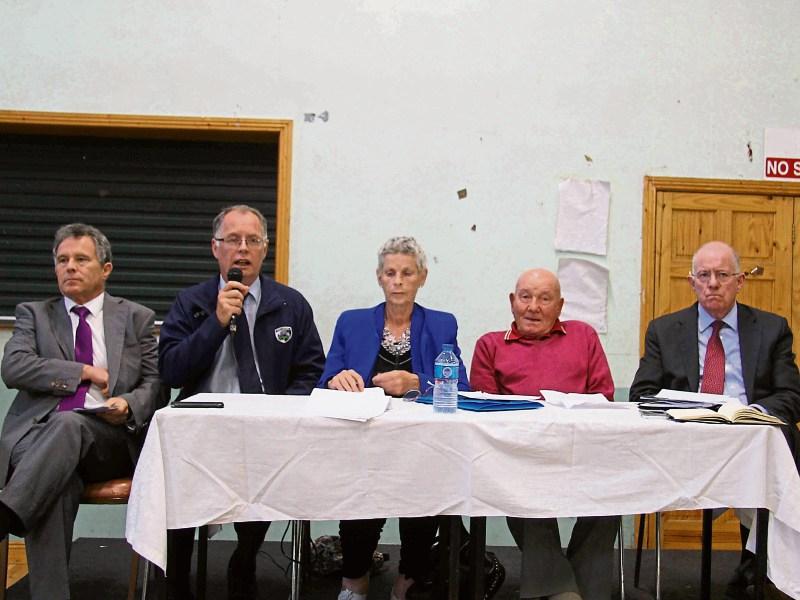 There was a lot of anger in St Mary's Hall amongst the public over what they see as the clear singling out of Portlaoise hospital for downgrade.

Catherine Delaney extended her sympathy to the families who had lost children in maternity, but said there was another side to what has happened.

“You never hear all the good stories,” she said to cheers. “I had children up there and I never had a bad experience. There is many a mother in here tonight who has had a great experience. If you have to travel a long way in labour there will be many a child born on the motorway,” she said.

Ms Delaney said she was in A&E when Leo Varadkar walked through the unit.

“He was more worried about his suit than the people sitting on trollies. I was sitting there with my mother for hours waiting to be seen.

“He walked through A&E and he did not stop to ask a member of the public how is your service? Are they doing everything for you? Can we make improvements? He never even looked at the people as he walked through.

“So, I’m hoping when you get Susan O’Reilly here that she might spare the time to look down her nose and ask people is everything ok?”

“That service is vital to us. The way I look at it is - the people of Laois may get out on the street and kick the arse of every politician,” she said.

Dominic Dunne was angry that people have to fight for the hospital every year.

“You don’t hear anybody talking about closing any of these other hospitals. It is Portlaoise, all the time.

“We were here four years ago, we were here last year and here we are back again. I’m fed up of it,” he said.

Therese Lynch demanded to know why the hospital is continually targeted for bed closures or downgrade or any type of closure.

“I would like to consider the impact this has on the staff of the hospital, on the GPs and the service users. Instead of motivating them, they are under this cloud of downgrade,” she said.

The woman said closing the A&E shows a lack of progress or insight into the future of health planning.

Former county councillr Tom Jacob called on the public to unify behind the hospital.

“The people of Laois will have to wake up and stand together and fight for our rights. We are entitled to the same rights as the people in Castlebar,” he said.

“The time has come for a bit of honesty and decency in relation to our hospital which has been kicked around like a football for a number of years.

“The time is now to say stop and give us what we are entitled to, the same as any other part of the country,” he said.