Meeting over HSE plan 'after horse has bolted' 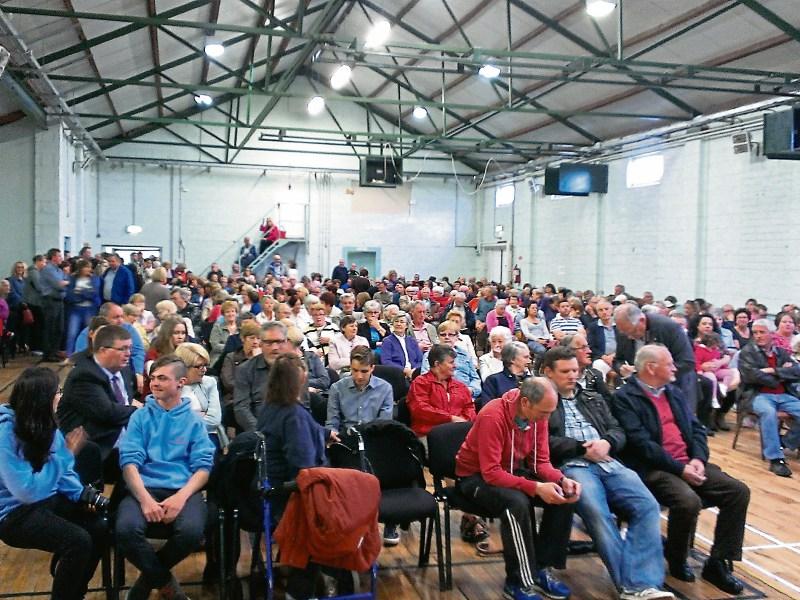 Laois County Councillors are demanding meetings with the HSE and the Minister for Health, before a draft plan is published on the hospital.

Cathaoirleach Cllr Catherine Fitzgerald agreed with Cllr Padraig Fleming that “the horse will have bolted” if they wait to meet with decision makers on Portlaoise hospital's future, after the draft plan is published.

Cllr Fleming claims that a recent letter from Dr Susan O'Reilly, CEO of the Dublin Midlands Hospital Group, to Laois County Council “gives the impression we will have a chance to engage”.

“Once we have an agreed position... the group would engage closely with all interested parties to ensure we address the needs of patients, staff and ... access to hospital services” the letter states.

However a reply to Cllr Fleming, a member of the mid Leinster Regional Health Forum, by Dr O'Reilly dated a day later, stated the draft plan will conclude before talks.

“Once this process concludes, work on a detailed implementation plan will commence, which will include engagement with staff, clinicians, local GPs, care services, patients, public and elected representatives”.

“It's basicallly saying they will agree among themselves, and only agree with us about the implementation of their plan. We've no say. the horse will have bolted,” he said, at the council's monthly meeting, yesterday Monday June 27.

Dr O'Reilly, who declined to meet with the council yesterday as the draft plan was not yet published. was vociferously defended by Independent Cllr Willie Aird, who said it was “not true” that Ms O'Reilly agreed to meet before the draft report.

“She is not getting paid to come to meetings. Once it is signed off she will adress locals and cllrs. She was asked to do a job, and put facts on the table. the buck stops with the Minister for Health. It is open to negotiation. Stop using this as a political football, our hospital it too important to us,” he said.

Cllr Fleming continued to argue his view, resulting in a noisy exchange with Cathaoirleach Cllr Fitzgerald asking him to “respect the chair”. “We are all singing off the same hymsheet,” she told him.

She proposed sending letters to Laois' three TDs to bring a deputation of councillors with them to meet Minister for Health Simon Harris, and another letter to Dr O'Reilly to come and meet the cllrs in Portlaoise, before the draft plan is done.