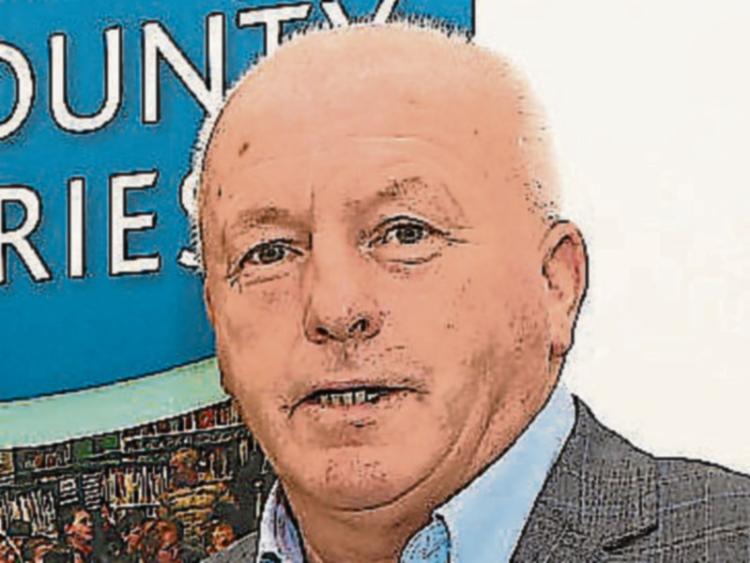 Emo Councillor Tom Mulhall is the new Cathaoirleach of Laois County Council, and pledges to work for housing and jobs in his year ahead.

The first time an Emo person has held the post, it is a time of firsts for Cllr Mulhall, whose first grandchild, Alison May Heavy aged just seven weeks, was among family and friends at the AGM in council chambers on Monday June 11.

Elected a Fine Gael Cllr eight years ago, he replaces Fianna Fáil Cllr Catherine Fitzgerald, praised as an “eloquant and elegant first citizen” by Chief Executive John Mulholland, having represented the council at over 30 1916 events among many other official duties over the past year.

Cllr Mulhall in a detailed speech listed his aims.

“I believe every houshold should have access tohousing at an affordable price and I am in no doubt that the housing department can deliver on that. The promotion of Laois as a place to do business, and the targeting of investment, is also a big priority for me,” he said, pledging himelf “to the betterment of Laois” and thanking his wife Brigid, son Niall, daughter Una and her boyfriend Gavin for their support.

From the 'left' side of the chambers, Independent Cllr Brendan Phelan was proposed by Sinn Féin Cllr Caroline Dwane, and seconded by Labour Cllr Noel Tuohy, who in vain asked the leading parties to be “magnanamous” and “powershare”.

Cllr Moran was elected by 13 votes to six.

Cllr Mulhall was wished well by all the councillors, with his firstmeeting as chairman at the endof July.