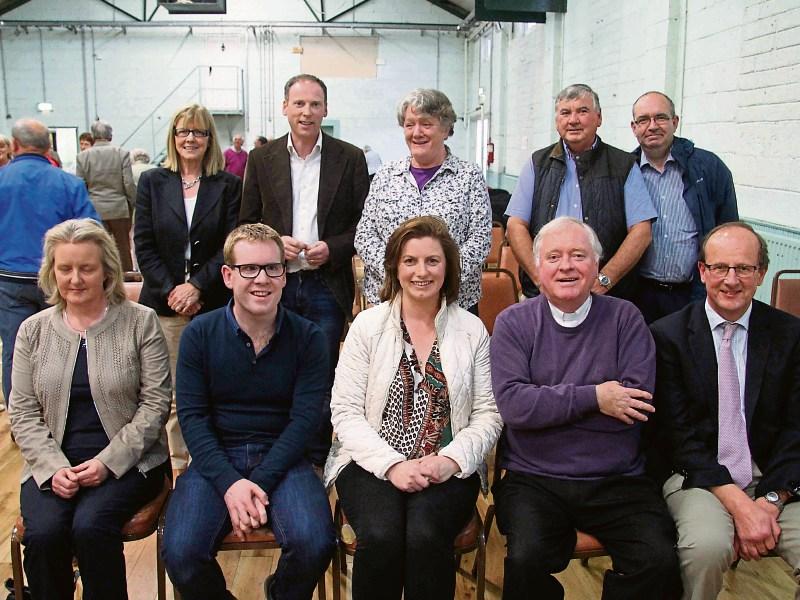 Countless speakers at the recent public meeting gave accounts of the great care, sometimes life saving, which they had received in Portlaoise hospital, but were angry that this was ignored by the HSE.

“I owe my life to Portlaoise hospital. I had a heart attack in December 2012,” said Michael McNamara.

He doubted his chances if he had to depend on an ambulance to get him to Naas or Tullamore or St James' inDublin.

“Downgrading seems fundamentally flawed. The whole service should be looked after.

One woman spoke about her ten year old daughter who suffers from heart failure.

“We have relied so much on the Portlaoise paediatric unit who have been fabulous. Before my daughter was aged one she had three cardiac arrests. Without Portlaoise she would not be alive.”

She said her daughter is on a life saving drug, but she must live close to a hospital.

“If this downgrade happens it is a death sentence that you are putting on my child and blood is on your hands, as far as I am concerned,” she said.

“If Portlaoise hospital wasn’t located where it is I would have lost my beautiful daughter that night.

“People seem to forget that sometimes. I got into politics for one reason - the hospital. They saved my daughter’s life and God knows how many others,” said the Portlaoise man.

Audrey Murphy has two daughters who have had children in the hospital.

“I had a grandaughter admitted to that hospital with suspected meningitis.

“I don’t want my daughter to have to bring her child to Dublin when there is a hospital on her doorstep that gave her fantastic help,” she said.

Patricial Ryan from Kildare has experience of Naas and Portlaoise Hospitals.

“I used that hospital last year and the staff were excellent. A month later I had to use Naas as an emergency.

“I heard Minister Flanagan saying Naas was bursting at the seams. Well Minister you would want to be there.

“There were 23 people on trolleys on the night I was there.

“If we close services here in Portlaoise, I can assure you that there will be more than 23 people on trolleys.

“There were old people there with nobody to look after them because the nurses were so stretched.

“You don't know how bad it is until you’ve seen it first hand.

“We cannot allow that to happen here in Laois.

“There are people in south Kildare who want to use Portlaoise hospital, and who have to use it for maternity.

“If you don’t have A&E in Portlaoise, what do you do with those people? Do you pass the buck and send them to some other county?

“We need the services and we are not giving up on it now,” she said to huge cheers.