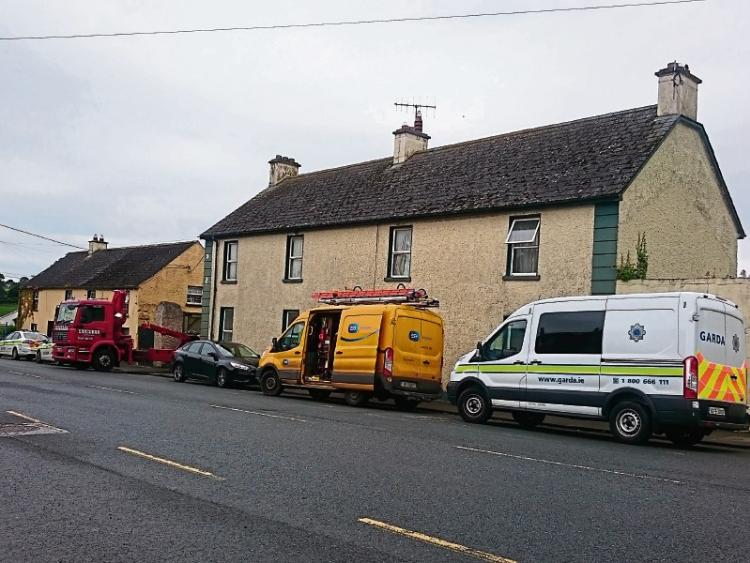 A cannabis growhouse estimated to be worth €290,000 has been discovered by gardaí in a house on Main Street Ballyroan.

As part of on-going intelligence led operation targeting the sale and supply of controlled drugs in the Laois/Offaly area, gardai seized the cannabis herb and plants last Wednesday, June 29.

At approximately 10pm on the night, gardai from the Portlaoise district carried out a planned search of a house on Main Street, Ballyroan, Laois.

Three Chinese nationals, aged 24, 33 and 54, were arrested at the scene and were detained under the provisions of section 2 of The Criminal Justice (Drug Trafficking) Act 1996 at Portlaoise Garda Station.

All three men were brought before Dublin District Court CCJ on Saturday, July 2, charged with the cultivation of cannabis, and having drugs for sale or supply.

In addition, there were charges relating to immigration offences.

A garda spokesperson has confirmed to the Leinster Express that one of the men had identification but his visa had expired, while the other two men did not have identification.

All three gave addresses in the Portlaoise area. Following an objection to bail by the gardaí, the men were remanded in custody to appear before Cloverhill Court this Thursday, July 7.

The garda spokesperson confirmed that the discovery of the growhouse came about through information given to Abbeyleix gardaí, in conjunction with the Portlaoise Detective Unit.

A press release from the gardaí on the drug seizure explained that: “These operations use advanced analytical and intelligence methods to disrupt criminals and dismantle their networks.

“Drug seizures play a critical role in targeting the livelihood of criminals and reducing their ability to carry out illegal activities.

“Drug seizures also help protect communities from the devastating impact of drugs and the associated criminality,” the press release concluded.

The discovery of a major drug factory on the main street of a quiet Irish village like Ballyroan is a worrying sign that criminal gangs are getting more daring in their operations.