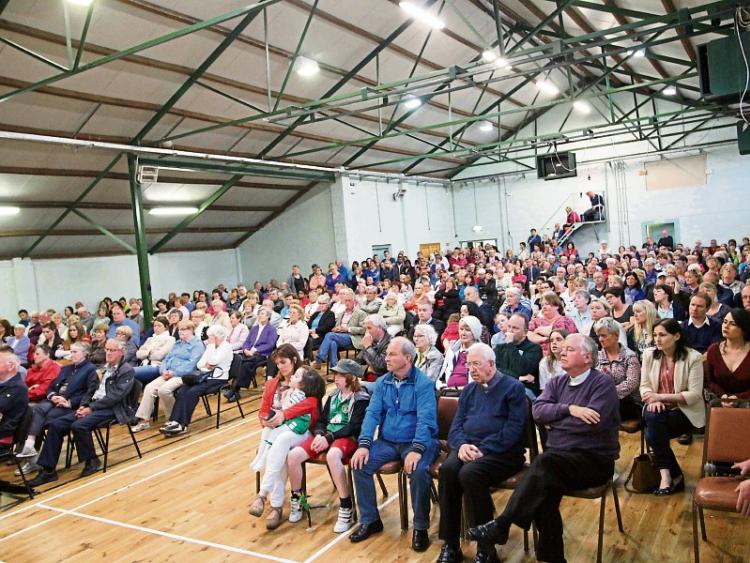 Thousands of people have signed a petition to protest at the downgrade of Portlaoise hospital.

The internet petition was launched in the wake of the huge public meeting against the proposed downgrade of the A&E and the Midlands Regional Hospital Portlaoise.

So far, the internet-based petition has been signed by 3,215 people who are all opposed to the downgrade.

More than 200 people have left messages in support of the hospital.

“Services may need to be streamlined but streamlined should not mean almost halving the service currently in place, an adequate solution which is consistent, reliable and functional for the whole community's needs, should be in place. I think it's a basic human right,” said one comment.

“A&E services in Portlaoise hospital are extremely important to save lives in an already expanding population, these services need to be sustained and improved NOT reduced,” said another comment.

“People from all over the midlands depend on Portlaoise Hospital. Old people , people with kids, not everyone has a car and taking these services away will end in more deaths due to not being seen on time. It's a scary thought as a parent that my nearest hospital would be 40 minutes away,” so wrote another person.

“Portlaoise is a busy hospital and it's dreadful that people have to travel to Tullamore or further to get treatment. They have pumped millions into the hospital over the years and now they want to downgrade it. It is a real disgrace that they are going to do this,” said one person.

“This is an essential and vital service to us people living in Portlaoise and the large surrounding areas who depend on this hospital. Another bad decision by our Government. Wonder can we depend on our local Councillors to fight our corner,” said one member of the public.

There was some criticism of families who have lost babies in the maternity unit. Some people claimed that by going public these familes have put children at risk.

While the vast majority of comments back the hospital, there were a few dissenting voics.

“I hate to break it to you all, but lives are being put at risk the longer this poor excuse of a hospital is allowed to remain open. Close it and close it now for all our sakes!” said a member of the public.

There has been no response from the HSE to the public meeting opposing the downgrade.