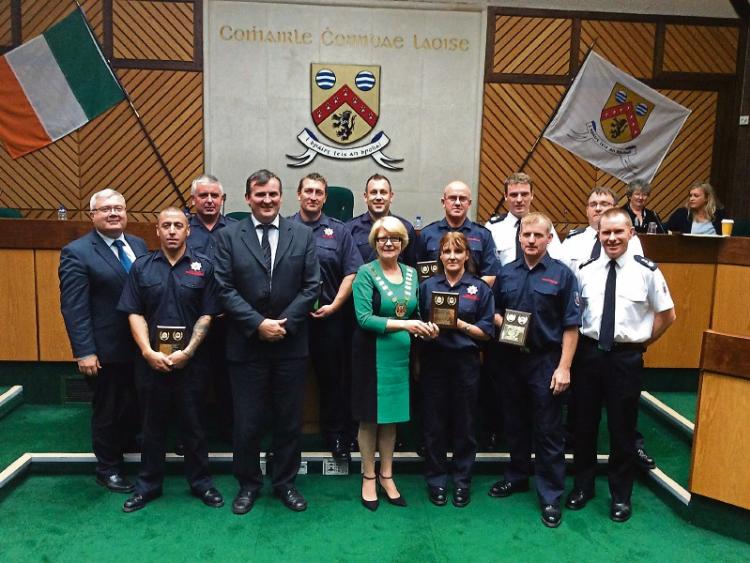 Two teams dealt with various scenarios of road traffic crashes and traumas, after training hard for it in their own time.

They were presented with their awards at Laois County Council’s June meeting.

Earlier at the meeting, a 15 minute adjournmentwas taken to mark recently deceased council employees, among them Stephen Dunican, a fire fighter with Abbeyleix fire station, who passed away after illness .

Director of Services Kieran Kehoe said it was only fitting that Mr Dunican’s contribution was recalled at the same meeting as his colleagues’ achievement.

“I want to thank all our fire fighters for their commitment and the work they do on behalf of Laois people. I thank you for the time you gave up to train for this national competition,” he said.

“An American attending said if he was to be involved in an accident, he wanted it to be in Ireland, because of the expertise of our staff,” he said.

“This year’s competition was the most successful yet. It is not about winning trophies, it is to enhance the skills these ladies and gents can bring to everyday incidents,” the CFO said.

For the Trauma Challenge, they won First and second Best Overall, Best Standard Scenario and First and Second Best in the Complex Scenario event.