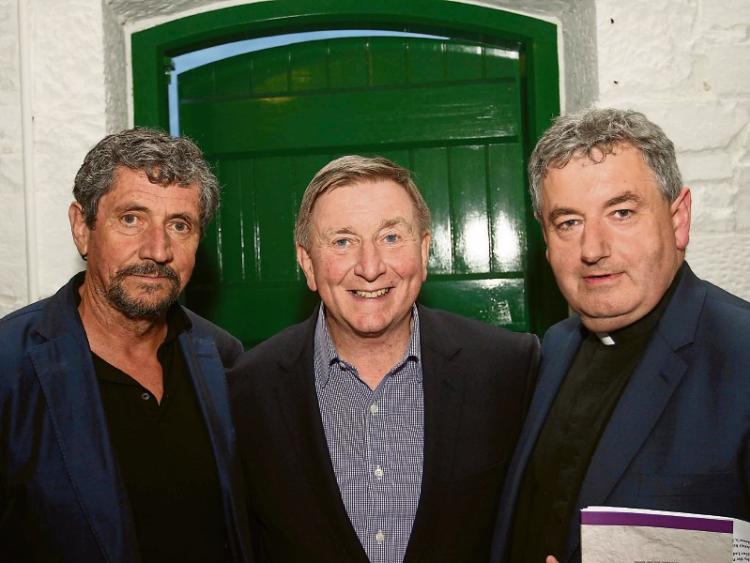 The launch of the book 'Ambassadors of Hope', took place in the Donaghmore Workhouse Museum last Thursday week.

Profiling over 500 religious from the Rathdowney area and its 10-mile hinterland, the book was written and researched by Niall O'Doherty.

On hand on the night to launch the publication was former RTE news correspondent, Charlie Bird.

Author, Niall O'Doherty outlined the genesis of a book which originally was intended to be chapter in a history of Rathdowney.

This was abandoned when the sheer volume of people from the area who had entered religious life became apparent.

He said the book contained 500 people stories, and it was his privilege to record those.

Charlie Bird detailed a trip to the Philippines in 1984 to meet with the Columban priest, Fr Niall O'Brien who was imprisoned in the country in the early 198os.

“This opened my eyes as to what what missionary priests and nuns were doing on the ground. It was remarkable work,” he noted.

Fr Brian Darcy said it was phenomenal to see the work which had been undertaken by missionaries and clergy at home.

Fr Martin Delaney PP Rathdowney originated the idea of writing about parishioners who had entered the religious.

He noted that at home, people have been reticient to acknowledge the huge hole played by Irish missionaries abroad, in contrast to the countries in which many of these men and women served.

Rev David Muir reflected on his childhood in Granstown and early education in Rathdowney.