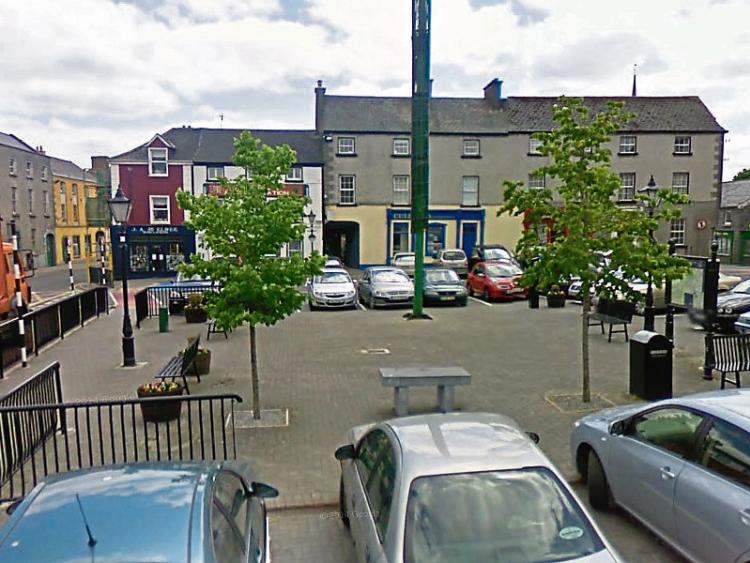 The safety of pedestrians in O’Connell Square, Mountmellick is a cause for concern for Laois County Council, after a site visit revealed a high number of N80 drivers using it for a shortcut.

N80 passing traffic is diverting onto ‘The Hollow’, a one way street, and through the town's square, to avoid the difficult T junction to the main street.

Cllr Paddy Bracken brought it to the attention of senior engineer Brenda Cuddy, who visited the square recently.

He had asked for traffic calming on The Hollow to help elderly residents, but Ms Cuddy is more concerned about safety of pedestrians in the square.

“Until I met Ger O’Mahoney (General site supervisor) yesterday I wasn’t sure where the problem was, but further to my site visit we have had discussions,” she said.

“The volume of traffic flow is unbelievable, cutting off from the N80. There are elderly residents living on The Hollow,” interjected Cllr Bracken.

“More important to me is to protect pedestrians on O’Connell Square. My plan is to prepare a proposal for works next year, and take it from there,” said Ms Cuddy.

“A huge amount of traffic is taking the shortcut, it is very dangerous the speed cars are going,” agreed Cllr James Kelly.

Cllr Bracken has also requested traffic calming at the T junction at Glanbia.

“It’s a huge issue for people walking, we need something that makes it safe for pedestrians crossing,” he said.

“The idea of traffic calming is to slow traffic. The junction itself slows traffic to a full stop,” replied the engineer.

There is no funding for the work in O’Connell Square in the council’s 2016 roads budget which has been already fully allocated to other works.

As to the N80 junction at Glanbia, the council’s road design section is to talk to Transport Infrastructure Ireland (formerly NRA) regarding the request for safety measures.