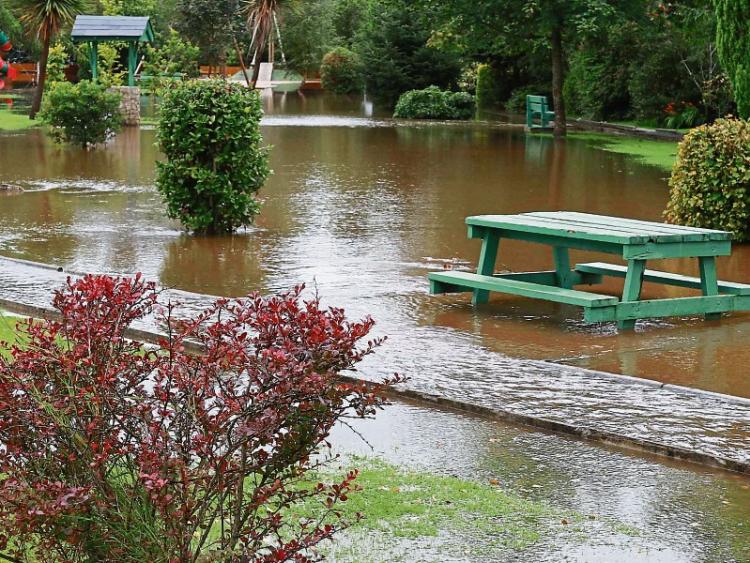 Recurring flooding in Mountrath is caused by land being reclaimed on the Slieve Bloom mountains, a Laois County Council engineer has reported.

“What has happened in the last five or six years is there is so much land reclamation up the mountain so water is hitting the river faster,” said Brenda Cuddy, in response to a request to resolve flooding in the town’s public playground.

Floods from the River Whitehorse left the playground under water for eight days last January.

Cllr James Kelly motion for the council to solve the flooding was submitted at the June meeting of Mountmellick Borris-in-Ossory district.

A detailed reply from the sports officer Anne Marie Maher said “it would be ineffective to install additional drainage from the playground to the river. The most effective solution would require the diversion of the stream on the Shannon Street side. However the cost of these works is prohibitive”.

She noted that no damage was caused to the playground after the January floods.

Cllr Kelly believes that straightening underground drains to the river would solve the problem.

“This has flooded houses but the playground was badly affected. A lot of the equipment is timber,” he said, predicting damage from repeated floods.

The engineer believes the solution is not that simple.

“We looked at taking the pipe straight but the drop is too small, the river would go back up, unless we drop the river. Floods come from the Slieve Blooms within 24 hours of heavy rain, and hit the river at high speeds so it rises up and would cause a backlog,” she said.