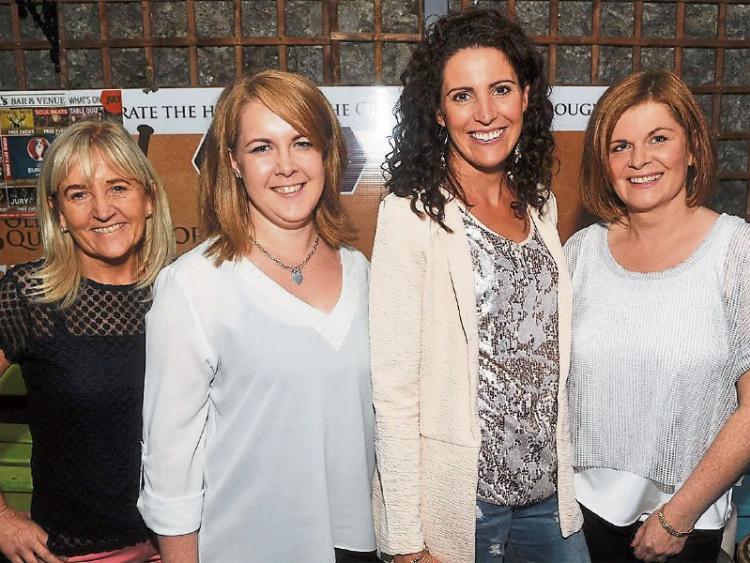 Around €7,000 was raised at a special fundraiser last Friday night in aid of Michelle Doyle and her children, which will go towards securing a nine-seater car for this Portlaoise family.

A large crowd of around 200 people packed out Kavanaghs on Portlaoise Main Street last Friday, July 15, to show their support for Michelle and her family in the wake of the passing of her husband Christopher.

Speaking to the Leinster Express, one of the organisers of the event, Ciara Fitzpatrick revealed that €7,000 had been raised on the night.

The fundraising has been undertaken to raise funds for a nine seater car to enable Michelle to continue with her school runs for her seven young children.

“We’re well on target to raise the €35,000 needed,” said Ms Fitzpatrick, adding that other members of the fundraising committee have also been working away tirelessly on various other fundraising endeavours.

With so much taking place the exact total raised so far is not yet known, but Ms Fitzpatrick is confident the nine-seater will be secured.

Many people gave of their time and resources for the night, including many local businesses who donated money and prizes for the auction. The auction, held by Christy Bannon, raised some €3,000 alone, and Ms Fitzpatrick expressed her thanks to Mr Bannon, and to PJ Kavanagh, for the use of the venue.