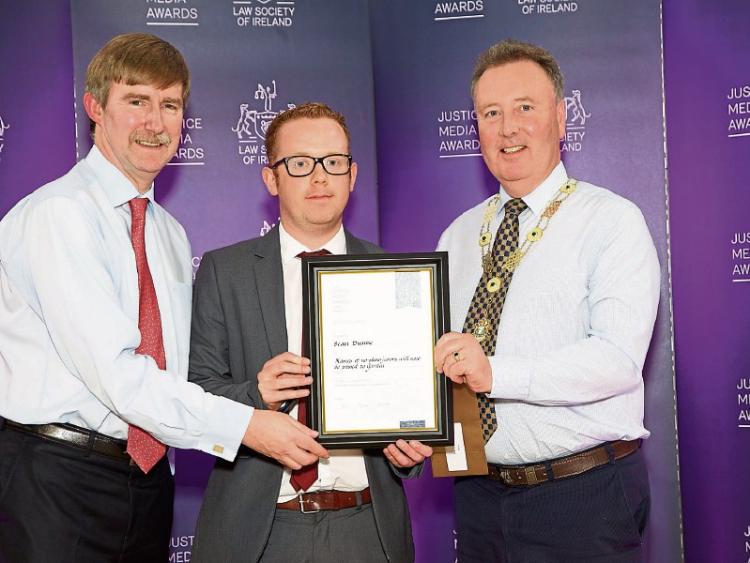 A Laois-born journalist has won a national award for an investigation into jury service in courts.

Sean, is a son of Edward and Elizabeth Dunne, and brother of Edward from Clonaghadoo. He is a former pupil of Clonaghadoo NS and Clonaslee Vocational School.

Sean's report led to a tightening on the rules of jury service after he discovered that 10,000 had avoided serving as jurors in court cases in a single year. New rules mean that no-show jurors will be passed along to gardaí.

The award citation said that the story revealed an impressive use of the Freedom of Information laws.

“This article outlined in a clear and concise way the laws and rules governing this element of civic duty, the impact of failing to fulfil that important duty, and the measures to be taken to address the problem. This article has very broad public interest and the journalist is to be commended for examining the issue so thoroughly and appropriately.”

Sean has a masters in Journalism from NUI Galway and a degree in new media from the University of Limerick.