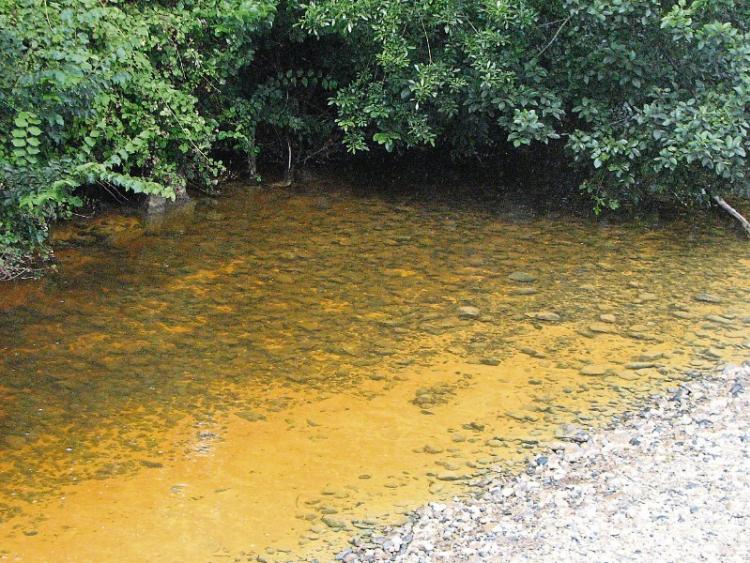 Inland Fisheries Ireland (IFI) successfully prosecuted Irish Water at Portlaoise District Court for the discharge of deleterious matter into the Clodiagh River, on 18th August 2015, causing the deaths over more than 3000 fish.

Judge Catherine Staines heard evidence from Mr. Michael Fitzsimons, a Senior Fisheries Environmental Officer with IFI that following a pollution report received from Irish Water, IFI carried out a detailed investigation on the Clodiagh River which rises in the Sleive Blooms and flows through Clonaslee.

Over 3,000 fish mortalities were estimated over a four kilometre stretch of the river consisting predominantly of trout, along with other species such as salmon, lamprey, minnow and stoneloach. The fish kill was as a direct result of a chemical discharge from an accident at the Irish Water plant in Clonsalee, Co Laois. Irish Water entered a guilty plea.

During the case heard on July 15 last Judge Staines directed Irish Water to pay IFI’s legal costs of €5,016 and to cover the full cost of the rehabilitation works to be carried out downstream of the incident area. A development plan will be formulated by IFI in the coming weeks. Judge Staines did not impose a fine on the basis that it would be the Irish taxpayer paying for the incident. She also instructed Irish Water to carry out a full review of its Waste Water Treatment Plants (WWTP) and provide a report to her by 21st July 2017. Judge Staines stated that she did not want to see an incident like this happening again.

Ms. Amanda Mooney, Shannon River Basin District Director with IFI said: “This was a serious pollution incident which will take a considerable number of years for the river to recover. I am pleased with the outcome of the case and the provision for vital rehabilitation works to assist fish stocks to recover naturally.”

Judge Staines adjourned the case until the 21st of July 2017 to allow sufficient time for the rehabilitation works and WWTP Review Report to be concluded.

Inland Fisheries Ireland (IFI) has a 24 hour confidential hotline number to enable members of the general t incidents - 1890 34 74 24 or 1890 FISH 24. This phone line is designed to encourage the reporting of incidents of illegal fishing, water pollution and invasive species.