New climbing unit to be installed by end of September 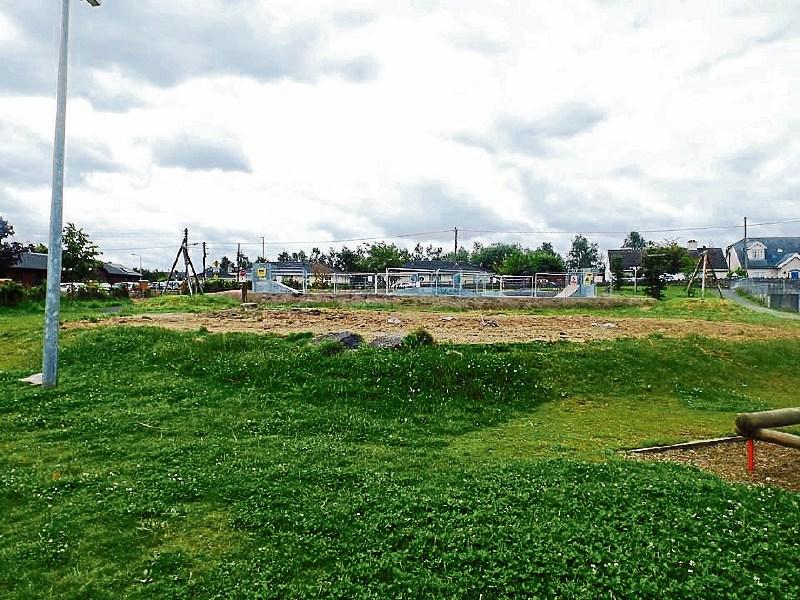 In echoes of Portlaoise famed blue bridge, a wooden fort at the centre of Portlaoise Leisure Centre playground has suddenly disappeared from the skyline.

The large wooden play castle was removed by Laois County Council, who say that anti-social behaviour was “not the main reason”.

It had stood pride of place in the centre of the busy ‘Dún Spraoi’ playground, though at times it's hidden shelters were reported to be attracting loitering and drug users at night.

The castle is to be replaced by a new climbing unit, but children will be long back in school before it is installed at the end of September.

Sports Officer Ann Marie Maher clarified why the castle was taken out last week, to the surprise of local families .

“We had to clear away the whole area to see what space there is.

“There was some anti-social behaviour there but that’s not the main reason.

“It is there nearly nine years and it needed to be refurbished,” Ms Maher told the Leinster Express.

The playground got a lot of use she said.

“This is a high volume playground that gets really high usage.

“We applied for funding to do this, as we did in the People’s Park,” she said.

Leaving the playground without its biggest item over the rest of the summer was unfortunate she agreed.

“Unfortunately we have to take out stuff to put more in. It is unfortunate this is during summer but that’s the only time to do this sort of construction work,” Ms Maher said.

She outlined the timescale for installing a replacement play unit, with the design yet to be decided.

“We ask the public to bear with us.

“The job is going to tender now, and that takes 30 days for tenders to come in.

“After that an order will be placed so it will be the end of September before installations,” the sports officer said.

She noted that Portlaoise has another playground, in the People’s Park on the Timahoe road.

“That was fully refurbished by us last year.

“There are twenty other playgrounds around the county now, there is good provision in Laois.

“Our policy is to keep modernising our playgrounds, not to leave them to rot,” the sports officer said.

Meanwhile the newly constructed skatepark beside the playground is now unofficially open for use.

“We will have an official opening later in the year.

“The skaters will be organising a series of competitions to mark the opening.

“We are in daily contact with the skaters and I am delighted for them, this was long awaited, and I hope it will be a success” she said.

The skatepark equipment had lain in storage for many years and has been refurbished. The cost of that new park is €

“We have also recently invested in new indoor gym equipment in the leisure centres in Portlaoise and Portarlington, at a cost of approximately €180,000,” Ms Maher said.