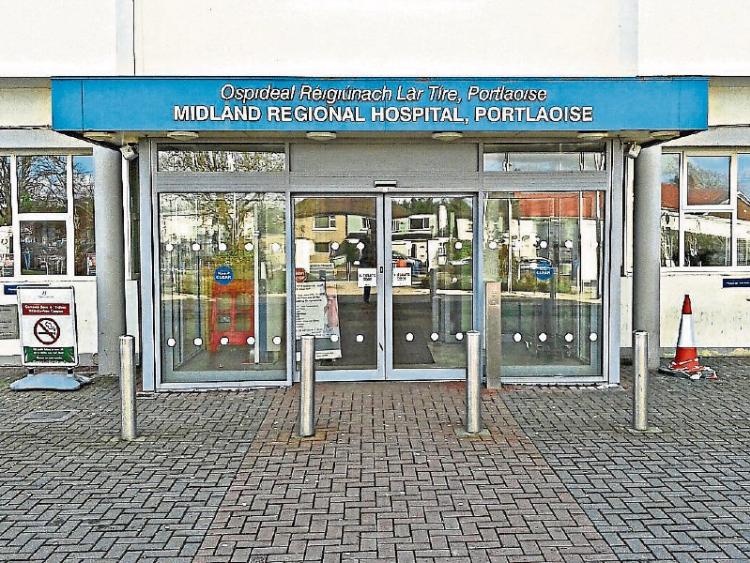 Laois Councillors are rallying the troops to go and meet the Minister for Health and demand a secure future for Portlaoise A&E.

This morning, Tuesday July 26, Cathaoirleach of Laois County Council Tom Mulhall is getting on the phone to Minister Charlie Flanagan to ask him to arrange a meeting with Minister Simon Harris.

He promised such at Monday's council meeting, where Cllr Willie Aird and Cllr Noel Tuohy both had motions concerning the future of the county's hospital.

“It's one thing to talk the talk, we have to walk the walk. In 2015 we went with the CEO and TDs and met Leo. The buck stops with Simon Harris, We have a population of 85k people, and two motorways, it would be terrible to say we don't have a county hospital. I will get on the phone first thing in the morning. The report is with the minister since September 2015. Staff in the hospital are flat out, running, worked to the bone,” he said.

Cllr Willie Aird said the minister held the power, and is calling on him to give a “unequivocal commitment that the A&E services will not be touched”.

“We're not pushing hard enough. We know it needs funding. Just put the funding in. A lot of people out there think it's top heavy with administration staff, I can tell you they are dragged ragged. They are going in on a Saturday to catch up with their work. Politicians know that. They make the decisions, Give the money,” he said.

Cllr Noel Touhy said services need to be enhanced as well as retained.

“Part of the argument from the HSE is that units aren't safe at night because there are no consultants, the answer must be to resource the place. People don't mind paying good money for health, once it's ringfenced. I'm calling on Charlie to give people the commitment that he will not tolerate a downgrade. Hands off our hospital. And Sean Fleming too. I believe thay can,” he said.

“We are all saying things we want to hear, but the Minister doesn't hear you, he doesn't give a tupenny bit. We are passively accepting rumours. It must be 20 years since I pushed Cllr Tuohy in a bed up the town to save oncology. I am asking for leadership from our cathaoirleach, push it to the limit rather than wait. We should be leading the hospital action committee. If she (Dr O'Reilly) doesn't know the pressure of what Laois people want, she will do what the figures say, in the comfort of a Dublin office,” he said.