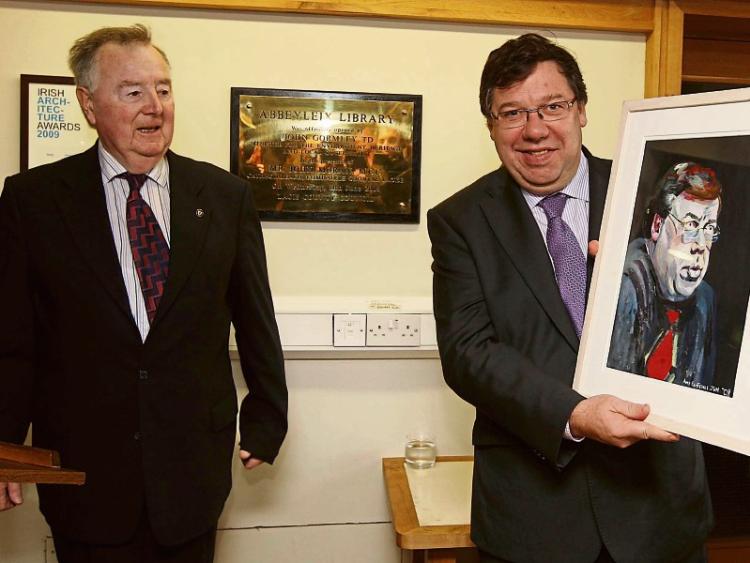 The late Paddy Lalor was a man of character, former Taoiseach, Brian Cowen emphasised in his eulogy at Paddy Lalor's funeral Mass in Abbeyleix on Monday morning, August 1.

“He was a man of character who led from the front. People knew where they stood with him.

“For many years he was our leader in this constituency, that is what was then Laois-Offaly.

“He was a team player who believed in winning for the team.”

Mr Cowen traced the chronology of Mr Lalor's career from his first election to Dail Eireann in 1961 to his final European election in 1989.

As Minister for Industry and Commerce in the early 1970s, Paddy Lalor was instrumental in sourcing a replacement industry for Mr Cowen's native Clara, when Goodbody's closed in the town.

That replacement industry is still in the town and is now Glanbia, Mr Cowen noted.

“He was a person of characther who set standards.

“For those of us who followed him, the challenge was to seek to maintain those standards.

“He improved our Fianna Fail organisation in this constituency. He was a great uniter, there were never factions with Paddy.

“He stood with Fianna Fail. He was a very accommodating man, but he could be tough and uncompromising when necessary, particularly when it came to such things as constituency boundaries.

“There was never a question of cycling over any boundaries, when Paddy was involved,” noted Mr Cowen.

“He exuded a confidence and it was clear he was in charge. Many of us were familiar with the debonair Paddy Lalor swagger.

“His family can be rightly proud of this decent, honest, straight dealing man.

“From my own point of view I am proud to have known him and to know what he epitomised.”