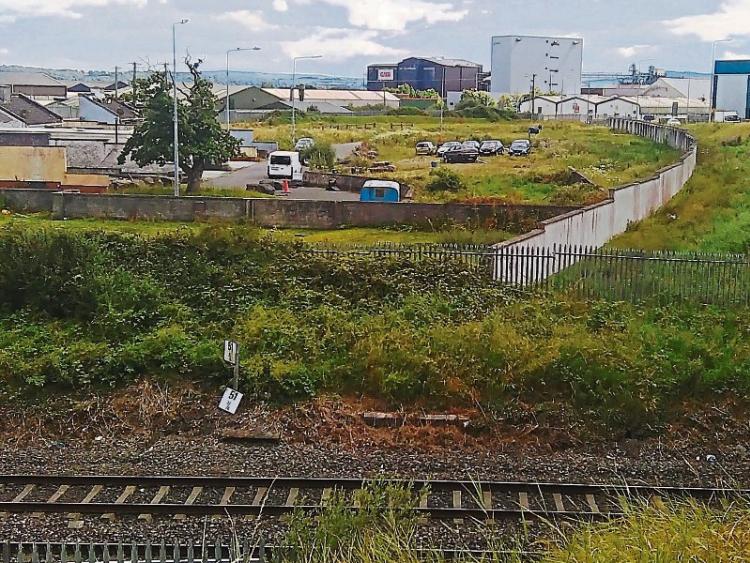 A new waste metal vehicle processing plant has got the green light in in Clonminam, Portlaoise, across the rail line from a housing estate.

The plant will be built next to Portlaoise halting site where a family of seven live, on land rezoned from 'community /educational use' by councillors for the plant.

It aims to scrap and strip about five cars a day. Every eight days a 24 tonne truckload of 40 cars will leave the plant to export to the UK.

Old car parts will also be accepted from small garages.

The application by a Mr Ammar Watfa, was approved by the council on July 27.

Gerard and Margaret Nevin and their five children are living on the derelict halting site for the past twenty years. He was unaware of a planning notice as he cannot read.

“I was asked to move by the council, they said there was something going in but I wasn't told what. I feel very bad at the idea of moving, but it sounds like there will be no sleep for me if I stay,” said Mr Nevin, who hopes residents of Rockview estate across the railtrack, might speak up.

TD Brian Stanley had made representations on behalf of the developer.

“Mr Watfa has extensive experience in this industry in other countries in Europe and carried out a lot of research prior to locating his business in Portlaoise. It indicates a need for such an end of life facility. It will create jobs and has potential to expand. It will contribute to economic and environmental sustainability,” he wrote.

Asked if he had consulted with residents, Dep Stanley said “It’s open to anyone to make a submission regarding any proposed development. This land has lain derelict for over ten years. The business will have to be run under strict planning conditions and under licence”

An Taisce had raised concerns to planners over a danger of stockpiled tyres going on fire, as the site is “in close proximity to a residential area”.

“There are enormous dangers associated with the highly toxic dioxens, sulphurs and heavy metals connected to tyre fires. They are proven to be extremely detrimental to human health, and have a pernicious effect on the environment, ie groundwater contamination,” it said, urging no stockpiling.

The applicant assured the council these will be done.

There was only one submission to the planners, by a Mr Karol Rydze who objected to all three current rezoning applications, warning of ‘piecemeal developments’.

Cllr Caroline Dwane Stanley proposed the rezoning at the July council meeting, seconded by Cllr Jerry Lodge, withno discussion at the meeting on it.