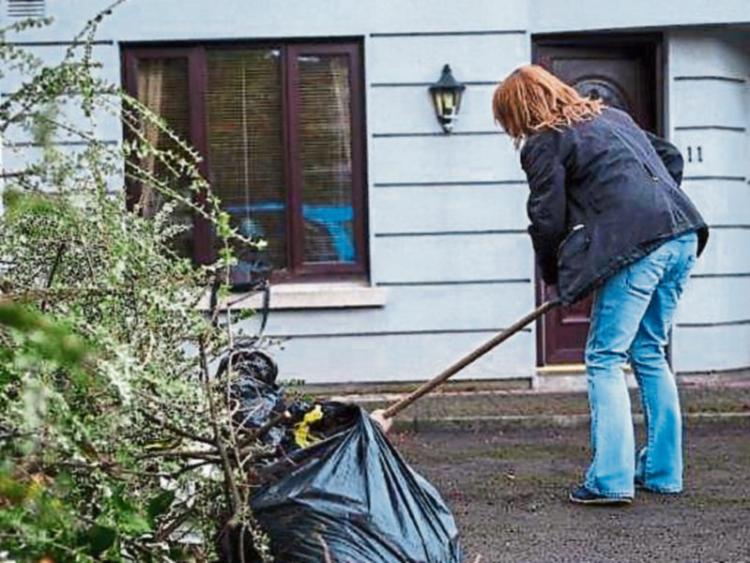 The residential section of Hynd’s Square in Portlaoise is to be upgraded using a government grant of €42,159, and taken in charge by Laois County Council.

It ends over a decade of problems, including broken streetlights that offered dark corners for drug users, with resident left to clean up their discarded syringes.

Other problems to be addressed are shoppers parking in residents' car spaces, and no maintenance of the square of 15 homes, which sits between Jessop St and the commercial Hynd's Square.

“Residents can’t get in or out of their homes. All of them have raised problems,” said Cllr Caroline Dwane Stanley at their July meeting.

The grant is from the ‘Unfinished Housing Estates National Taking in Charge Initiative, approved by the Dept of the Environment.

It is typically used to fix footpaths, water and sewerage issues and to resurface roads, so that estates are up to standard for the council to take them in charge.

Residents’ parking spaces may also be numbered in an effort to tackle the parking problem, the council agreed.

“ Numbering the spaces is a good idea. We can look at this in consultation with residents. Taking it in charge will allow us to get more involved and control parking, it will help substantially” said Director of Services Kieran Kehoe, adding that they had erected signage in the area.

“A lot of people use it to park for Main street. All the houses built on Jessop Street have their own allocated space. I don’t know how you can address it but we have to be careful. There is nothing as bad as going in to park and getting eaten,” he said, asking for Jessop Street to be “done up” as well.

“It badly needs the money. There are a nice few shops there. The fact that we are investing in infrastructure will make it more attractive as a town centre area,” she said.