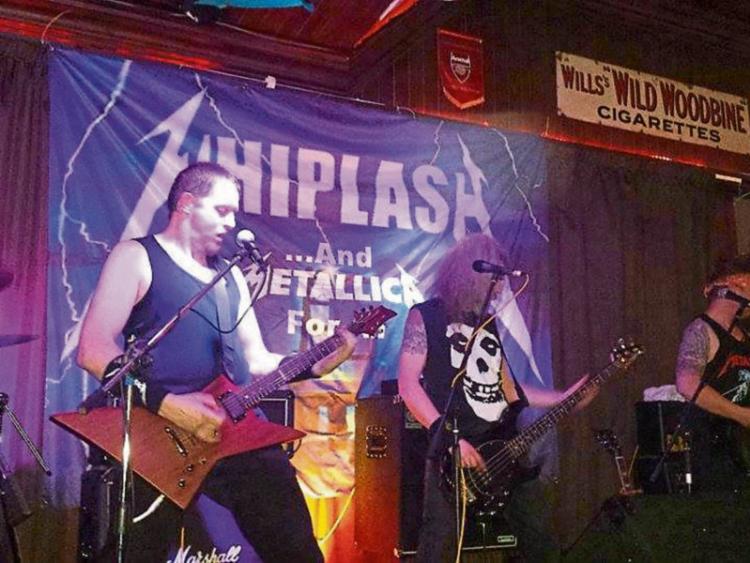 Heavy metal fans are in for a treat in Portlaoise this weekend when Whiplash 'Ireland's premier Metallica Tribute band' take the stage at Kavanagh's on Main St.

The Galway-based outfit say they perform professional Metallica shows with the live vibe and sound that Metallica are famous for.

Whiplash started giggin in the late 1990s with a big passion for Metallica's music.

Since early 2013 they have taken the band all over Ireland.

Whiplash are now well established all around Ireland because they put on high energy, professional Metallica shows.

They have a large catalogue of songs spanning all Metallica eras but their main passion is from Kill 'Em All through to the Black Album but they also cover some newer songs. Their large catalogue of songs include classics like One, Master of Puppets, Enter Sandman, Fade to Black, Fuel and Seek and Destroy to name just a few. Whiplash say they are dedicated to playing the songs as close to the originals as possible and to incorporate the Metallica live vibe and sound in their shows.

This is a great opportunity to hear the music of Metallica played the way it should be played and with the live vibe and sound that Metallica are known for.