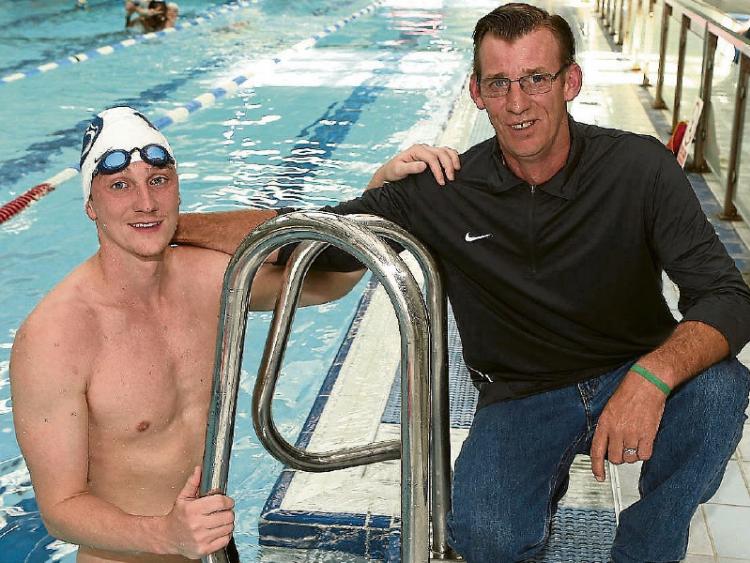 Philadelphia born swimmer Shane, 22, moved to live with his Portarlington relatives a year ago, and join the Irish Olympic team.

He has plenty of aunts, uncles and cousins cheering him on in Rio, where his parents Tom from Port, and Marybeth have flown out to support him.

Aunt Dominica Scully was one of many gathered together around the telly last Saturday at 3am to see Shane qualify from the 100m backstroke to the semi-finals.

His heat time of 53.85 seconds broke the Irish record and was a new personal best.

“We are absolutely thrilled with him, we are still on a high,” she said proudly.

While Shane did not make it past the semi-final, he will compete again at 5pm this evening Tuesday August 9 in the 100m freestyle, and on Thursday in the men’s 50m freestyle, also at 5pm.

He arrives back from Rio next Monday night, to a bus tour of the town and a night of celebration in the 'Pint of Port'.

“Anybody is welcome to come and give him a cheer, we are just so proud of him,” said Dominica.

Meanwhile Portlaoise locals will be keeping a eye out for Portlaoise Gymnastic Club coach Dennis Donoghue, who is judging the men's artistic gymnastics.

An international judge for 25 years, he is one of only two Irish judges at Brevet level, both invited to Rio. Dennis previously judged at the 2012 London Olympics.

The dad of three took over the Portlaoise club from Alison Halpenny when she retired.

“He brought it from a part time club to a professional permanent facility, with a waiting list of 400. He is hugely committed. And to reach the level of Brevet judge is something you have to work for, and build up an international reputation,” she said.

Denis began gymnastics in the 1970's, competing for Ireland as a youth, becoming a professional judge aged 24.

“Everyone is very proud of him, particularly in the year when the first girl ever is competing for Ireland. It's brilliant for the club and the county,” said Ms Halpenny.