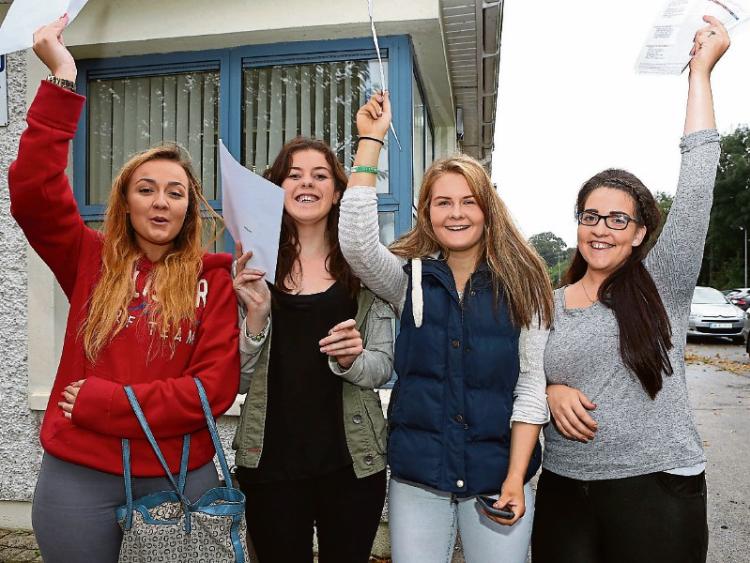 Many impressive results have been recorded in Laois from the Leaving Cert class of 2016.

A snap shot of results reveals some high point achievers in all schools with two pupils achieved 625 at Portlaoise CBS while one pupil achieved the same score in Scoil Chríost Rí Portlaoise.

Away from the points race there was satisfaction amongst many pupils that the results achieved will allow them take achieve their ambitions going into the Leaving Cert.

Principal at Coláiste Íosagáin in Portarlington was impressed with the his class of 2016.

“They performed very well,” he said.

While he said the attention goes to the high point scorers he said pupils who achieve less points or sit the Leavint Cert Applied exam can often have a “very clear” plan of what the want to do after secondary school.