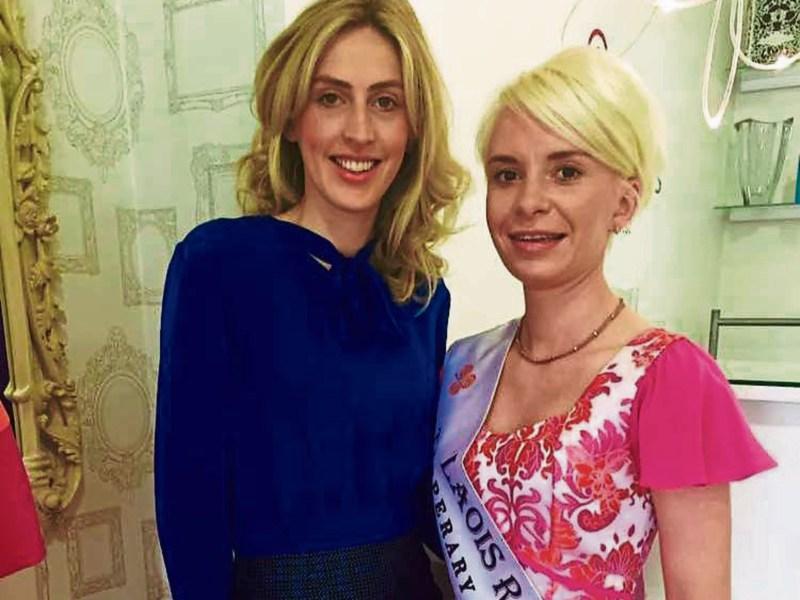 The sweet scent of the Rose of Tralee contest turned sour for the Laois Rose and her supporters, as well as 30 other contestants over the weekend.

Laois' representative Kate Hyland, from Clough, was one of 33 Roses who lost out in an early morning X-Factor type cull of contestants in Tralee.

This year all 65 entries are in Tralee, but only half make it to the live TV broadcast.

The early morning cull was organised as part of a TV fly on the wall documentary for RTÉ. The Laois Rose was dissapointed to have lost out, but the manner of the delivery was not befitting of the contest said her backers.

Laois Rose organiser Ann Marie Bowe, herself a former Rose, said Kate gave a great account of herself and has enjoyed the Tralee experience .

However, Ann Marie is one of many annoyed at the manner in which Kate and others learned their fate.

Kate was interviewed last week on stage by Dáithí Ó Sé to become of one of 33 Roses to make the cut.

She knew she would be told on Sunday, along with all the other Roses, who would make to the TV live show.

However, at about 11.30pm on Saturday night, the contestants were told that they would be told at 6.30am the following day who was going through. To compound the strain this put on Kate and the others, it emerged that TV cameras would be there to capture the moment.

“We were told that RTÉ cameras, who had been following the Roses for a documentary programme, would be there for two hours. So the girls were called for 5.30am and divided into groups. Some were told they were in and some told they weren't. It wasn't well handled. It was very dissappointing in the manner in which they treated them. They were looking for reaction that makes good TV, but those girls were caught off guard in the early hours of the morning exhausted,” she said.

Ann Marie was adamant that there were “no sour grapes” and knew there was just a 50/50 chance of going through, and did not think they were being used.

“It was a tense and emotionally fueled scenario,” she said adding that the contestants felt very vulnerable.

Ann Marie felt that the organisers should not “sell their souls for TV.”

Kate's Portarlington teaching colleague and friend Dearbhladh Walsh made the cut as the Abu Dhabi Rose, while Offaly is represented for the first time in many years.