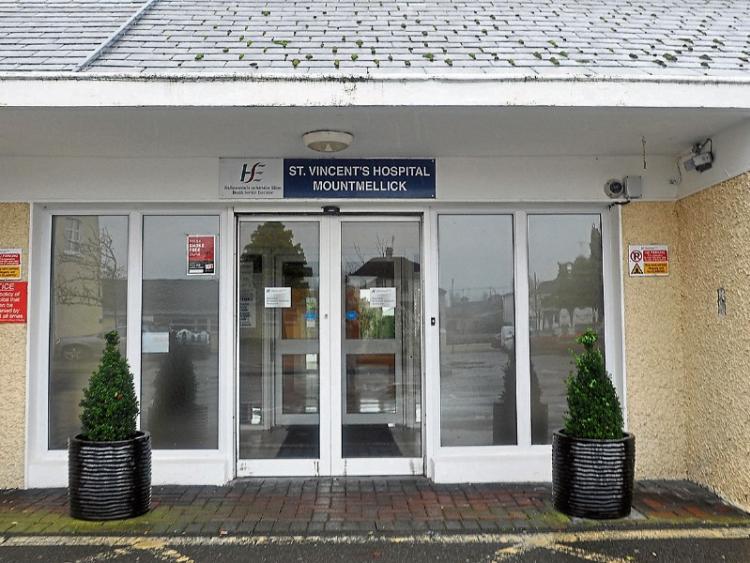 Shortcomings remain at St Vincents Hospital in Mountmellick but the intervention of the health service watchdog has ensured that improvements have been made, and that its future now rests on a Government promise.

The Health Information and Quality Authority (Hiqa) confirmed to the Leinster Express that it has lifted a restriction on new admissions following renovations which have improved conditions for residents accommodated there.

“Following a recent inspection of the centre Hiqa has approved the centre to accommodate a maximum of 82 residents,” it said.

The authority added that the hospital is on the list for replacment, with a new building to be built by 2021.

It told the Leinster Express that if the new unit is not built then significant changes would need to be made to the unit to bring it in line with the regulations. Hiqa said it is engaged with the HSE on the capital investment programme and has set up a process of quarterly reporting that the investment programme is adhered to.

Before the ban, the hospital could take in up to 130 patients. By June there were 77 patients. The decision to lift the ban follows an unannounced inspection of the hospital which cares for elderly people, some of whom have dementia.

The ban was imposed as a result of several shortcomings with the building. The restriction had little to do with the quality of care but largely because the building is no longer suitable for elderly patients, many of whom need maximum or high dependency care.

It could have been a lot worse at the time, since the authority has the power shut down the unit. It closed a unit in Athlone this year because of windows.

The latest report outlines a series of actions which the HSE was forced into to avoid a similar closure.

Hiqa found that the privacy, dignity and overall quality of life for residents in St Mary/Teresas on the ground floor was enhanched by a newly furbished unit with single and twin bedroom accommodation. This reduced capacity to 99 places.

The Hiqa inspectors were “pleased” with this work and reported that staff could see the benefit.

“A staff member interviewed by inspectors said, “now that we see the difference the extra space has made for residents, neither the residents or the staff want to go back to the way things were,” reported Hiqa.

While other improvements were noted, Hiqa found shortcomings which it details in its published report. It found that residents downstairs “lived” in multi-occupancy rooms. Three wards had 12 four bedded rooms. One ward is closed. There are no en-suite facilities and residents on both floors had to cross the corridor to access bathrooms and toilets.

“The multi-occupancy rooms made it difficult for staff to ensure residents privacy and dignity were maintained at all times,” found the report.

Several other shortcomings were identified with the building that affected care that could be given.

Hiqa is happy with many aspects of the care delivered by staff who it said “took pride in their work, creating a positive environment for patients with dementia.”

High levels of cleanliness and hygeine were also maintained by staff.

“The health needs of residents were met to a high standard,” Hiqa found.

The HSE was forced to take other steps following June's inspection.

“Limited resources” meant that the patients relied on a visting pharmacist.

Steps were taken to improve access to diabetes care after it emerged that patients had to wait eight months for an clinic appointment.

Staff explained to the inspectors that physiotheraphy had been cut back and felt residents would benefit from more. This was addressed, as was a lack of dental care especially for patients on drugs that caused tooth decay.

The HSE's only comment on the report was that “the figure of 82 is correct”.