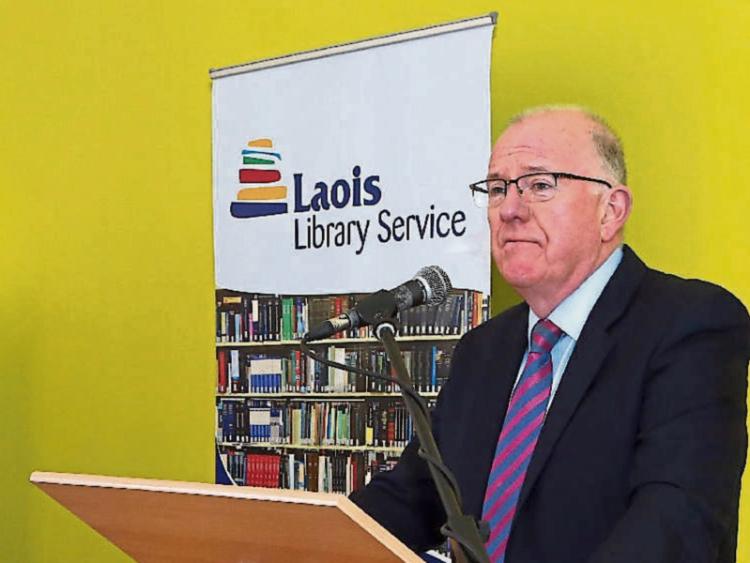 The lifting of a ban on admissions of elderly people to St Vincent's Hospital is a relief to staff and patients of the hospital as well as the town of Mountmellick, according to Laois TD and Minister for Foreign Affairs and Trade Charlie Flanagan.

The Fine Gael TD welcomed confirmation that restrictions in admissions at St Vincent’s Hospital/Community Nursing Home Mountmellick have been removed by the Health Information and Quality Authority (HIQA). The hospital cares mainly for people with dimentia but Hiqa imposed the ban last year because of overcrowding issues.

"This is very welcome news for the people of Mountmellick and the surrounding areas. The restriction on admissions was a great cause of concern for both the staff and patients in Hospital. Admissions have recommenced based on a revised registration figure of 82 beds,” he said.

“St Vincent's Hospital is an integral part of the town of Mountmellick and plays a key role in the provision of elderly care in the region. I previously called on HIQA and the HSE to remove the restrictions on admissions and I am satisfied these restrictions have now been removed.

“The government of which I am a member has approved this funding of €23.7 million for the 130 bed unit for St Vincent’s Hospital and I will be meeting with the Minister for Health in the coming weeks to discuss advancing the plans for the new facility,” he said.

While HIQA, which is the State's health watchdog, lifted the restriction on admissions following a summer inspection it also reduced capacity by a fifth from 130 patients to 82 patients.

Hiqa added that a significant amount of work has been carried out to improve the privacy and dignity of residents however the issues identified with the building still remain.

It has big concerns with multi-occupancy wards in the hospital.

Hiqa told the Leinster Express that if the new unit is not built then significant changes would need to be made to the current unit to bring it in line with the regulations by 2021.

HIQA said it is engaged on an ongoing basis with the HSE in relation to the current capital investment programme and has established a process of quarterly reporting to ensure that the programme is adhered to.