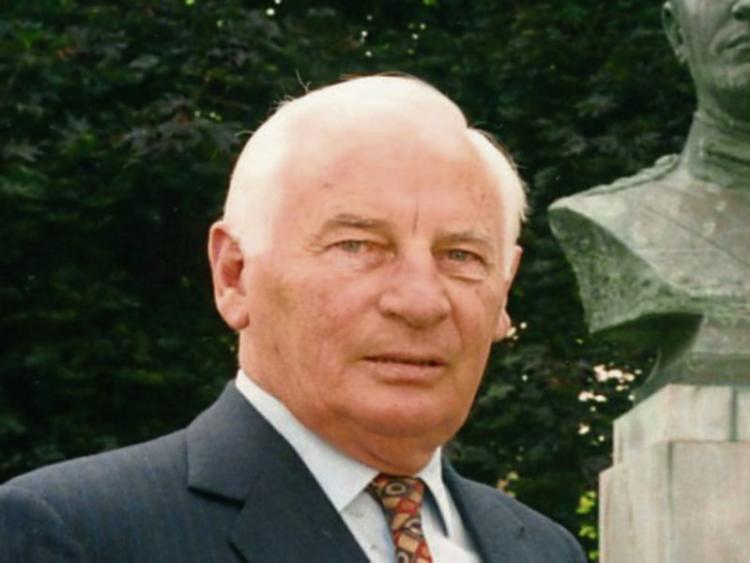 “It is with great sadness that I learnt of the passing of former Tánaiste and Minister for Foreign Affairs, Peter Barry this morning.

“I have known Peter Barry and his family all my life.

“Peter served for many years in the Dáil with my late father, Oliver, and they both served in Cabinet together.

“ I, too, had the privilege of serving with Peter as a TD in Dáil Éireann for several years.

“His deep commitment to public service and his humble and warm demeanour were admired by all.

“ A man of great capability, he was also a successful businessman and a very proud Cork man.

Peter will forever be remembered with respect and gratitude for the crucial role he played in negotiating the Anglo Irish Agreement nearly 31 years ago.

“This seminal Agreement formed the basis of the Peace Process in Northern Ireland and laid the foundations that ultimately led to the signing of the Good Friday Agreement 13 years later.

“Following the signing of the Agreement, Peter played a key role in engendering confidence within the Nationalist community in Northern Ireland and achieving the support necessary for the Anglo Irish Agreement to reach its full potential.

“This was in keeping with his lifelong commitment to constitutional nationalism. More than any other politician of his era, Peter achieved real credibility and trust within the nationalist community and he did this through regular engagement on the ground in the North.

“In November 2015 on the occasion of the 30th anniversary of the Anglo-Irish Agreement, Peter’s pivotal role in bringing about and implementing that Agreement was acknowledged by the current Taoiseach and members of his family were present at Iveagh House at a special lecture to mark the significant anniversary of that landmark Agreement.

“Peter also played a key role in European Affairs and served as Foreign Minister during Ireland’s Presidency of the EU in 1984 during which key progress was made on the accession of Spain and Portugal to the Union.

“He also was instrumental in enhancing the Government’s outreach to the Irish community in Britain, at a time when this community often felt isolated and neglected.

“Prior to my appointment, Peter was the last Fine Gael Minister for Foreign Affairs and I have always been inspired by his tremendous dedication in office, in particular his commitment to Northern Ireland and to the European Union.

“I was honoured to host Peter and former Taoiseach and Minister for External Affairs Liam Cosgrave at Iveagh House shortly after my appointment as Minister for Foreign Affairs and Trade to hear their personal reflections on their periods at the helm in Iveagh House.

“On that occasion, Peter, as ever, spoke with humility, sincerity and passion about his time as Foreign Minister. He continued to take an active interest in politics and its capacity of improve people’s lives, even when in poor health in recent years.

“I wish to extend my deepest sympathies to Peter’s family and, in particular, to his children: Deirdre, Tony, Fiona, Donagh, Conor and Peter and to their families; and to acknowledge the immense contribution of the Barry family to public life in Ireland over successive generations.

“Peter has left behind a legacy that will be long remembered and admired. My thoughts are with his family and friends at this very sad time, and to whom I offer my deepest condolences.