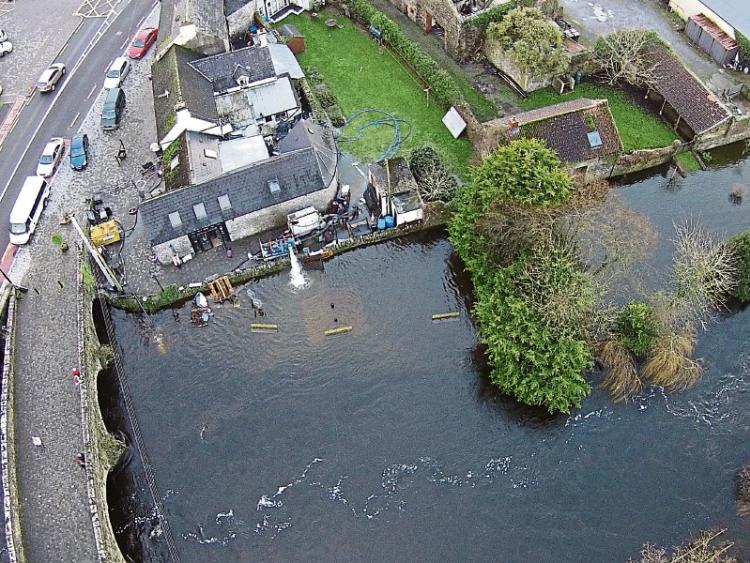 A feasibility plan being prepared to turn the river Erkina into a Blueway trail amenity for locals and tourists is also being seen as a way to tackle flooding of land and property.

Work is being carried out by a local engineer to assess the potential of the proposal which already has the support of State agencies and Laois County Council.

Blueways Ireland is a recreation and tourism initiative centred on outdoor activity along the waterways of Ireland.

The proposal for the Erkina came about for two reasons - to develop it as amenity but to also tackle flooding.

Canoeing Ireland carried out an initial report earlier this year in conjunction with the Woodenbridge Paddlers canoeing club.

The organisation found that there was potential. Further meetings have taken place with Laois County Council, Laois Partnership, Waterways Ireland and the National Parks and Wildlife Service.

The feasibility plan being undertaken at present is assessing the detail of developing of 5kms of the river from Woodenbridge to Durrow village incorporating Durrow Castle.

Michael G Phelan of the Woodenbridge Paddlers has put a lot of work into turning the idea into a reality. He believes that,

“The channel will have to be open to serve the Blueway so it will serve two or three different purposes. It will be start of clearing the river further up,” he said.

The Parks and Wildlife service would have to sign off before any work can be carried out. No costs have been put how much it would cost to develop the project.

Last winter’s storms led to substantial flooding on land around the river but Durrow village was also badly hit.

It is felt locally that much of the reason for the damage was due to the lack of river management and clearance over the years.

Mr Phelan believes that if the Blueway went ahead, the river would have to be managed on an ongoing basis to ensure the amenity can be fully exploited in the long term by locals and tourists.

The popularity of the river as amenity for locals was proven over the summer. The Woodenbridge Paddlers Blueway 12 twelve week programme came to a close on Sunday 21st August with a 10k event on the Erkina and Nore rivers.

“A lot of work went into it. I wanted to show Canoeing Ireland, Waterways Ireland and all the different bodies that there was a reason for doing the Blueway,” he said.

While the Blueway concept was proposed to Laois Partnership two years ago, the real impetus was a public meeting on flooding earlier this year which lead to a meeting with council’s chief executive, Mr John Mulholland.

Mr Phelan said that Mr Mulholland is now supportive of the project.