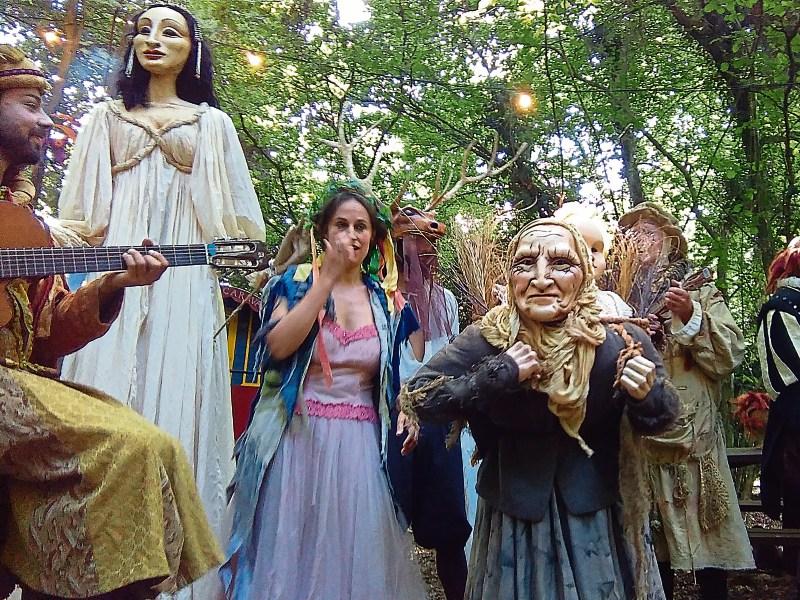 Tents are being hoisted and flags are already flying forElectric Picnic 2016 in Stradbally, Co Laois.

The organisers say the 2016 edition of the sold-out music and arts festival will have a chilled out, artistic theatrical vibe this year.

New in 2016 is the Hazel Wood, an interactive theatre in the woods, created by Generic People, who promise a 'theatre by day with performances and workshops, by night transforming into a full audio visual light extravaganza, with the trees lit up forming a dramatic backdrop.

Punters can explore the 'Cerebral Fortress', a maze of rooms representing parts of the brain, described by the artists as immersive theatre.

Nearby there's an alien disco where the dj will spin vinyl until 4am nightly under a lit UFO, for those who want to contact new friends from further afield.

Also new in the woods is Anachronica, an awesome village of towering corrugated iron structures, with 'natives'peeping out of windows, and their steam machines providing the power for more dj tunes into the early hours.

The Heineken Sound Atlas is bringing a bit of Amsterdam this year to Stradbally, complete with a barge, Dutch food and fun Barge Ball competitions.

Slow bike races will be huge fun all weekend, with prizes of jerseys for whoever can cycle the slowest, in aid of the Rabo Direct Tour De Picnic, which brings over 900 runners and cyclists each year to Stradbally, raising money for the ISPCC. Headway and the Jack and Jill Foundation.

The Rabo sports arena will also feature potato sack races. egg and spoon, wheelbarrow and three legged races, which can only get funnier when a few drinks are imbibed.