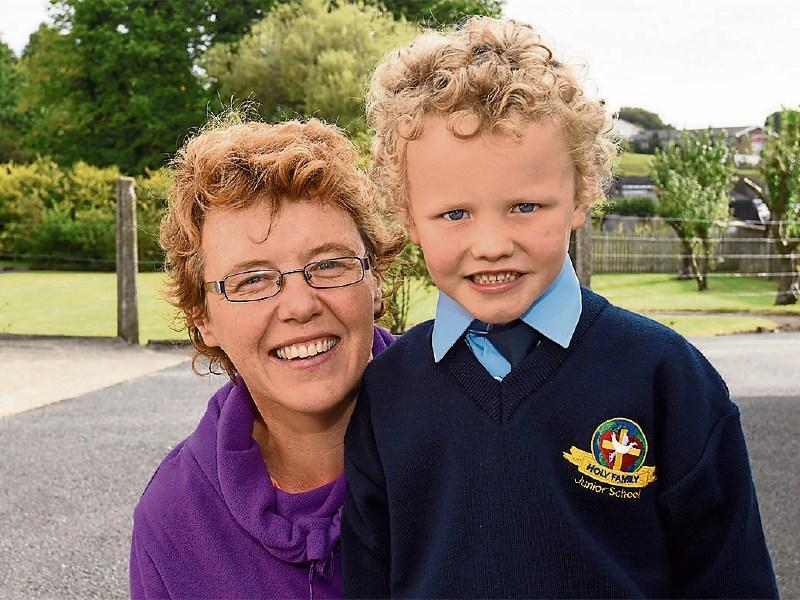 Over 1,400 children started school in the Holy Family Junior and Senior schools in Portlaoise this morning, but they will have to wait until after Christmas to step over the threshold of their brand new buildings, due to construction delays.

“Even though we had hoped that the new schools would begin their life in the impressive School Campus at Aughnaharna, it is perhaps fitting that they begin in the buildings that represent their origin, but we do look forward to Christmas!” parishioners were told by the schools this week.

The Holy Family Senior School will for now operate across two buidings, St Paul's on the Borris road, and a large prefab beside the old convent, led by principal Des Sutton.

The junior school will occupy both the former Sacred Heart and Scoil Mhuire schools on Church avenue, led by new principal Enda Hickey.

The parish's new primary campus, with a sports hall and playing pitch, is already too small for the rapidly growing population, with work on an extension to begin straight after it is finally open in 2017.