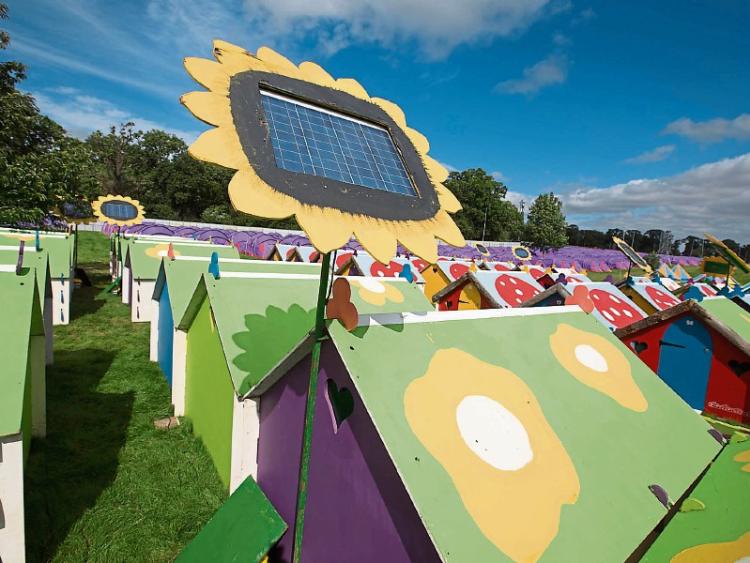 Stradbally’s support of Electric Picnic is “terrific” both with the Cosby family and with the Stradbally community, according to Melvin Benn of Festival Republic.

“The relationship grows year on year, we work really hard with them. For some years now, the two churches, Protestant and Catholic, have been providing the staff that do the information and lost property, and it’s a great way for the community to work together, the relationship just keeps getting better and better,” he said.

His recent company gift of €60,000 to St Colman’s school for a playing pitch came about after a local showed him the field they wanted.

“l’d been talking about the idea of co-funding the purchase of the land for the school field, hoping others would pay 50 percent, it was clear that nobody else was going to come forward. A couple of months ago one of the local neighbours had the sense to get a hold of me and say ‘let’s come for a little walk, I want to show you the field’, and he tugged on the heartstrings, and that was it, I thought bugger it, I’ll pay for it all. It was bought, the school is delighted and it’s fantastic for the kids,” he said.

There are no plans to make it an annual donation.

“I’ll have to save up again before the annual donation comes in,” said the director,.

A new traffic plan is formed for this year’s 55,000 visitors to ease congestion in the village.

“We’ve worked really hard with the Gardaí about the traffic plan, we have family tickets in separate routes, we are not going to be taking so much traffic through Stradbally town, that was the snarl,” he said.

Unlike the ploughing championships which has left Laois for a while, the picnic will stay in Stradbally for at least several more years.

Acts for next year are “pretty close to locked down” but the capacity will not grow said Mr Benn.

“I want to keep it at 55,000 for a couple more years, and review it at that point. I wanted to bring extra areas in like the Hazel wood and Anachronic a and swimming, before I make it any bigger. Trailer Park, Body & Soul, Mindfield haven’t gone away, they get refreshed year on year, it’s never standing still,” said Mr Benn, whose final advice to picnickers is “be here early” this Friday.