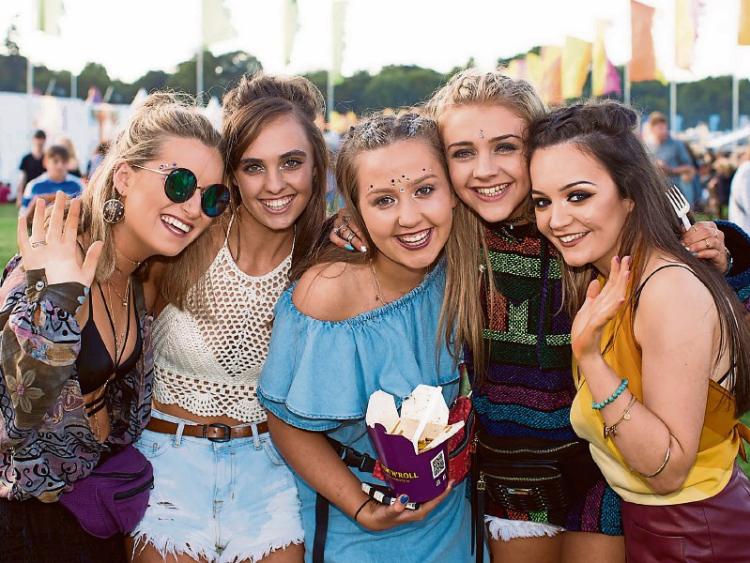 Thousands of Laois picnic goers thanked their lucky stars that they lived near enough for hot showers and dry beds last weekend, at what was the wettest Electric Picnic in years.

The rain however failed to dampen the unbridled joy of at least 55,000 at Ireland’s biggest music festival, now in its 13th year.

After Saturday morning's deluge, the forest paths melted to muddy chocolate, but the Cosby's grassy plains held their own to host another year of music, dance, comedy, theatre, food, art, craft and sheer crazy fun.

For many, Friday’s highlight was the RTE Concert Orchestra with 2FM DJ Jenny Greene, who stunned with a spine tingling set of live classic dance tunes, all the more impressive by performing in black tie.

The festival’s focus on electric dance and indie bands brought us Chemical Brothers on Friday night, LCD Soundsystem on Saturday, New Order on Sunday, Snap in the Electric Ireland 80’s throwback tent and plenty of dance zones keeping the music going into the early hours each night.

There was solid rock too, thanks to Noel Gallagher who led the crowd in Oasis classics like Wonderwall and Don’t Look Back in Anger.

James Bay won plenty of new fans on Sunday with a rocking guitar led set, and got a chorus of happy birthday sung by the crowd in return.

C ountless other acts and events offered something for everybody in the audience, from Fr Ted's Rubbish song for Europe, to meditation in the Zen Gardens.

In the comedy tent and crowded in the rain listening outside, Al Porter had them in innuendo-filled stitches, while David O’Doherty was among some performers who made a serious point by wearing ‘repeal’ t-shirts.

In Mindfield, Tipp supporters went beserk on Sunday afternoon, jumping into each others arms.

Their blue and gold jerseys added to this year’s festival fashions, which featured glittery beards, swimsuits as tops, and the essential wellies and plastic ponchos.

Later she tweeted, “Ireland! You were outstanding. Blessed to play alongside such amazing acts for such a warm crowd. I hope you had as much fun as we did.”

Early bird tickets for 2017 go on sale this Friday September 9.