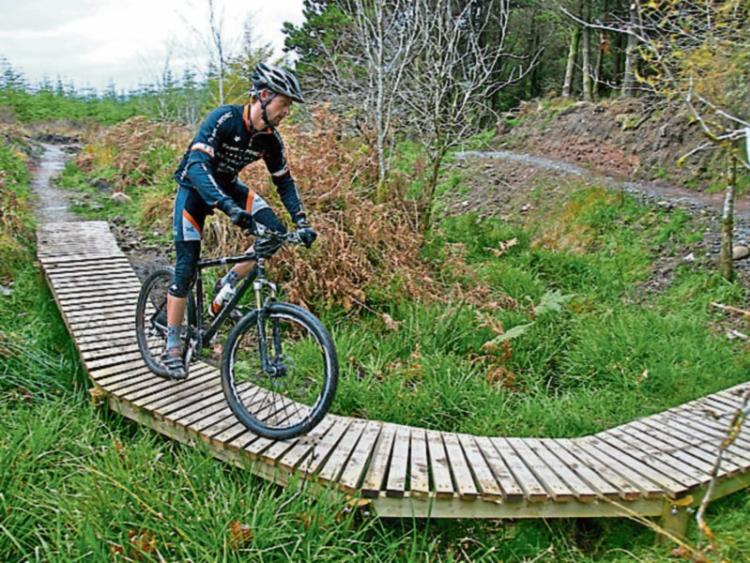 There is a spoke in the wheel of Coillte’s planned Slieve Bloom mountain bike trai because of the impact it could have on rivers and protected wildlife.

The application for the €4 million bike trail is on hold by Laois and Offaly county councils, since both sought further information from Coillte Teoranta last May.

The most serious obstacle is how Coillte will prevent a proposed sewage treatment station from leaking, with Inland Fisheries Ireland (IFI) wanting waste water to be removed completely from the mountain, to ensure no risk.

Another major query is how Coillte will prevent loss of habitat to the protected Hen Harrier bird of prey, when trees are cut down for the trail, which will run in a 74 km long swathe through the mountains.

The bike trail promises to attract tens of thousands of visitors a year, generating local jobs and income.

A decision had been due by the end of May, with the first part of the trail expected to open by next summer.

The local authorites received submissions both from An Taisce and Inland Fisheries Ireland.

IFI is concerned over leaks of wastewater from toilets and a bikewash.

It said Coillte rejected their suggestion to remove the wastewater off the mountain as too costly, so the IFI has asked the council to request the same measure.

The IFI points to difficulties in maintaining a treatment system, due to the seasonal nature of the trail, and its remoteness, suggesting at least the use of advanced alarm systems.

Top of An Taisce’s concerns is the loss of habitat to the protected Hen Harrier bird of prey, which nests just 200 to 300 metres away from the proposed trail.

Coillte must now submit a detailed mapped Habitat Enforcement Plan, showing how much nesting and foraging habitat will be lost, how they will create alternative habitats, and list other projects where this worked.

Laois planners also ask why the protection of otters was not discussed in Coillte's Natura Impact Statement.

They also want an Ecology Report on the impact on other species, including otters, badgers and hares.

Coillte must give a preliminary construction and environment management plan, showing how they will avoid sites during breeding season.

It must give a preliminary visitor plan to show how it will cope if mountain bikes or scrambler motorbikes do not keep to the trails, and how it will control walkers, dogs on leads, and littering.

There must be information given on warning signs and lighting for the section of the trail on the R440 road.

If permission is approved, the semi state forestry company must then apply for government money to build it.

The plan has been in the pipeline since 2010. Permission was sought last March from both councils.

Coillte has until the end of January to submit the extra information, or seek planning permission again.

However a spokesperson has confirmed it will be submitted within days.

“Coillte will be submitting further information to Laois County Council next week and expect to receive a decision in respect of the planning application within four weeks”.

Over half of the 40km of the trail including bike hire, parking, toilets and a wastewater treatment plant would be in Laois, starting from Baunreagh, through Monicknew and Bockagh. The Offaly trail would start at Kinnitty, linking up on the R440.