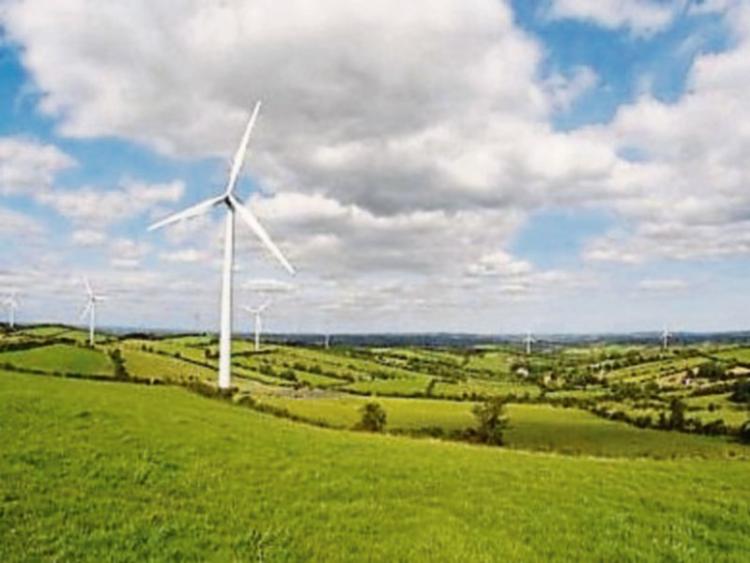 Laois County Hall has received vehement objections from people in two counties against plans to build a single wind turbine on the Cullahill landscape.

But the company planning the project claims that it will save one local farmer from going out of business.

Numerous submissions have been made to the council by objectors from both Laois and Kilkenny, expressing anger at plans by J & C Wind Ireland Ltd, based in Tipperary, to erect a 91m high wind turbine at Gorteennahilla.

However, in a planning proposal to the council, J & C Wind Ireland Ltd said that the farm earmarked for the turbine faced going out of business.

“The farming enterprise on whose lands the turbine will be located recently underwent a viability evaluation which concluded that in order for the business to continue, costs would have to be reduced and additional income streams would have to be generated.”

They claimed that a wind turbine represented the most viable option, as it would have limited impact on the day-to-day operations of the farm, and because the site is ideally suited to wind development in that it offers access to the national grid.

The owner of the land will get a lump sum payment and an annuity for each kw of energy generated by the turbine.

Dozens of people, from across Laois and Kilkenny, have written to Laois County Council citing a number of objections to the plans.

With the proposed turbine to be located close to a number of houses, many fear the potential for noise, shadow flicker, and the visual impact of the development, with the value of houses expected to drop.

The proposed site is located in a scenic area containing a number of listed views and prospects, with many walking and cycling routes, and there are a number of protected animal and bird species in the locality, including the hen harrier, the red squirrel, and the freshwater pearl mussel.

Objectors said that no details have been provided of how the turbine would be connected to the national grid, and the potential for overhead lines and pylons to provide the connection is an unaddressed issue.

Concerns were also raised over the extra burden increased traffic will put on local roads, which have been repaired numerous times over the past six years, and the fear that the turbine will deter tourists.

“The application is opportunistic and, if allowed, would form a dangerous precedent for multiple further applications within the area,” said the objectors.

A decision from Laois County Council on the planning application is due on September 8.