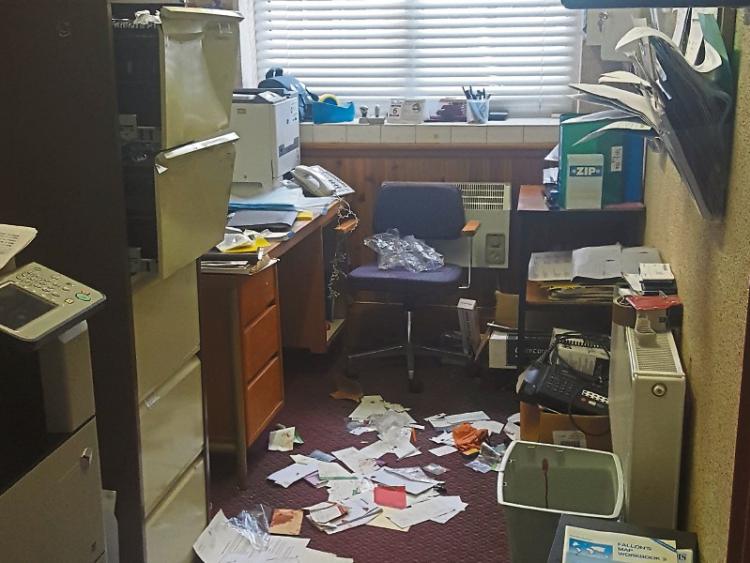 Gardaí in Laois are investigating the ransacking and attempted robbery of two schools in Mounrath this week.

The incident happened in the early hours of Wednesday morning, September 7.

Pictures taken in the wake of the incident show extensive damage to both St Fintan's and Scoil Bhríde National Schools.

Gardai in Portlaoise confirmed that two males had been detained at the scene. One is a juvenile while the second is understood to be an adult in his late teens.

The man was due to be brought before Portlaoise District Court this week, while a file has been forward to the National Juvenile Offce in relation as to how proceed in the case of you youth.