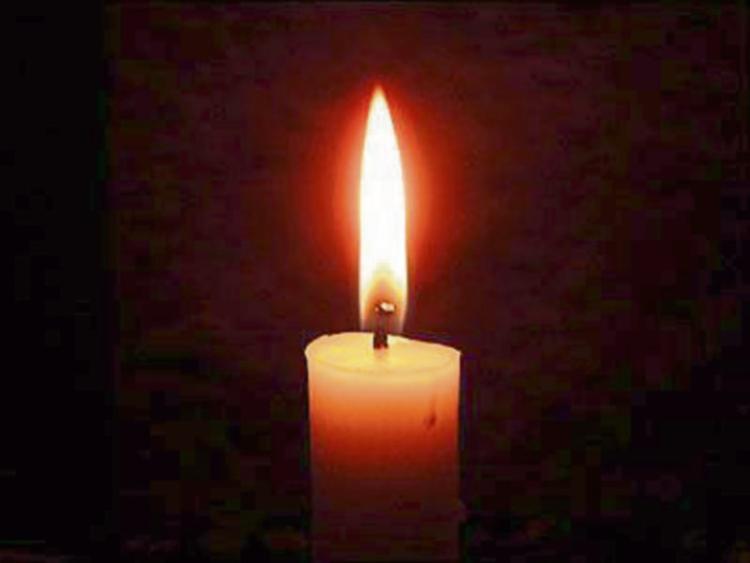 The death occurred on Tuesday, September 13 of Eric George Newman of 2 Abbey Street, Roscrea and late of Errill.

Mr Newman died at his home in Roscrea, following a short illness.

Reposing in Maher's Funeral Home, Roscrea this Friday evening from 6pm with prayers at 8pm.

Removal will take place on Saturday afternoon at 2.30pm arriving in St. Cronan's Church of Ireland, Roscrea for Funeral Service at 3pm.

The death took place on Wednesday, September 14 of Patrick (Paddy) of Timaohe and formerly of Clopook.

Predeceased by his wife Mary Jo.

Reposing was at his residence on Wednesday with Rosary at 8pm.

Requiem Mass on Friday morning at 11am with burial afterwards in St. Joseph's Cemetery, Ballyadams.

Peacefully surrounded by her loving family.

Wife of the late Joe, she is deeply regretted by her daughter Marie, grandchildren Blaine, Evan, Aoife and Clodagh and great-grandchildren to Ellie-Mae, Heidi Marie and Leah, son-in-law Seamus O'Connor, sisters Mary, and Babs, brothers Paddy and Bill, Blaine's partner Nicole and Aoife's partner Gordon, especially missed by Julia and all her work colleagues in Egans.

Reposing at Keegan's Funeral Home from 6pm on Wednesday evening with Rosary at 9pm.

The death occurred on Monday, September 12 of Daniel (Danny) Brennan of Arles, via Carlow, Ballickmoyler.

Reposing at his residence with rosary on Tuesday and Wednesday evenings at 8pm.

Removal on Thursday morning to the Sacred Heart Church, Arles, arriving for 11am Mass.

The death occurred on Sunday, September 11 of Kevin Phelan of 3 Davitt Road, Mountmellick.

Reposing in Moloney's Funeral Home, Mountmellick this Tuesday from 5pm.

Removal at 6.50pm to St. Josephs Church arriving at 7pm.

Donations if desired to Regional Hospital Portlaoise. A donation box will be in place in St. Josephs Church during the services.

The death occurred on Sunday, September 11 of William (Billy) White of Rapla, Rathdowney.

Peacefully at Portlaoise hospital in his 88th year.

Mr White is deeply regretted by his wife Peg and his family, Catherine, Julie-Anne, Mary, Mairead and Thomas, sons-in-law Sean, Patrick, Michael and Ian, his beloved grandchildren, and his brothers Joe and Tommy, sisters-in-law, brother-in-law, nieces, nephews, relatives and friends.

Reposing at his home (Rapla) on Monday evening from 7pm with rosary at 9pm. Funeral prayers on Tuesday evening at 6.30pm followed by removal at 7pm to St. Tigearnach's Church, Cullohill arriving at 7.30pm. Funeral Mass on Wednesday at 11am followed by burial in Durrow Cemetery.