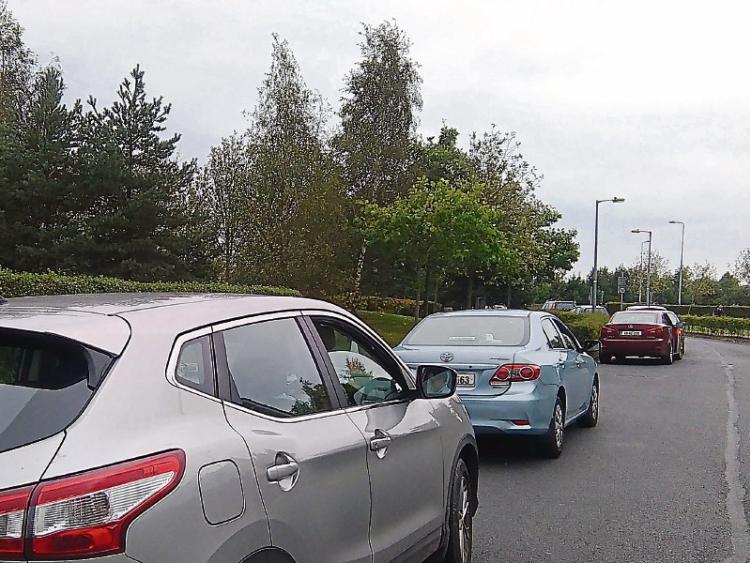 Parents collecting their children from two Portlaoise secondary schools have been warned that they may be reported to the school principals or the gardaí.

Problems with parking at the two schools on the Borris Road have worsened since the start of the school year following the introduction of a new parking pick-up and drop-off system which has restricted access for pupils and parents.

Sodexo is the company which manages the shared Scoil Chríost Rí - StMary's CBS campus. It updated parents, via a letter to them.

It outlined that the changes had been made as a result of discussions with principals and the local gardaí. Gardaí have been on duty at the schools on at least one occasion this year as a result of the changes.

There is no mention of consultation with parents or local residents on the new plan.

In order to for the measures to work the company requests that parents do not arrive “too early” as this results in congestion which, it is claimed, causes a backlog on the main roads. Parents have been told to comply with stewards and security.

“Failure to comply will result in a picture of the offending car to be provided to the principal for discussion at a later date,” said the letter.

Parents have also been warned that any “confrontation” will be reported to the principal and “if necessary the guards will be called.”

The letter stated that students were walking across two roadways and a staff car park to access the school, which was both a health and safety issue and created a bottleneck which slowed collection times.

Under the changes, two pedestrian crossings have been clossed off to pupils.

The left hand lane, that had been used to drop pupils, has been closed off for bus use only.

Mr Derek Martin, is technical services manager with the company. He declined to comment on the changes and instead directed the Leinster Express to the Sodexo press office.

A garda spokesperson confirmed that the gardaí were called down to the schools quite a few times last year, and there have already been a few visits this year.

"It's a free for all down there," said the spokesperson, revealing that there have been a number of prosecutions brought against motorists for parking issues.

The spokesperson said that the traffic problems at the schools site are ongoing.

"The gardaí do go down and sort it out, but people suffer," he said.