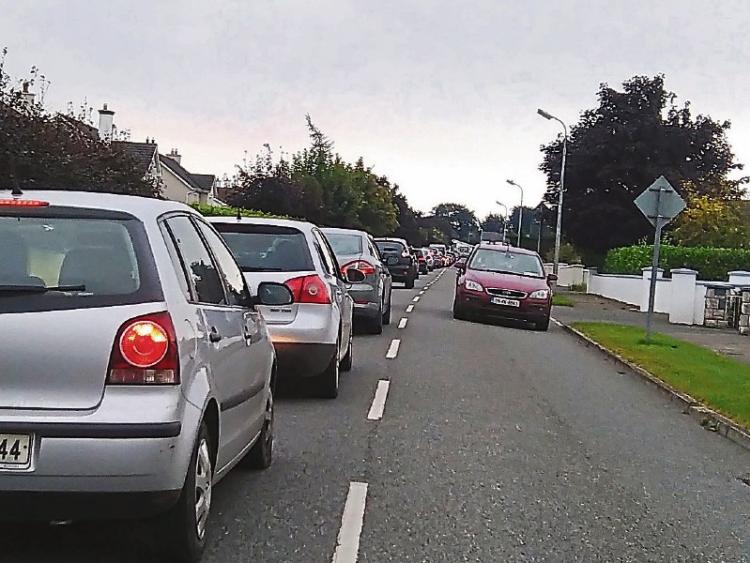 Residents who live near Portlaoise's secondary school campus fear an accident is on the cards over the traffic problem.

In Ashley Gardens estate, where cars park to wait for school to end, one resident blamed the schools.

“I know it’s dangerous but where are parents supposed to go? It’s the schools' fault with bad planning, whoever was responsible for it,” the mother said.

She has warned her own young child to stay away from the entrance road at pickups, because she fears she will be knocked down.

“A sixth class boy was almost knocked down when a man reversed into his family’s driveway a few months ago,” she reported.

“I don’t know why the schools can’t acquire the field beside them, and put more parking in there. Cars are parking on the roundabout but I don’t blame the parents, they have nowhere to go,” the resident said.

A homeowner in the cul de sac opposite the school says they are being blocked in by cars, and fears an emergency situation.

“They park anywhere. We were given cones by the council and Gardaí to put out, but I watched a fella get out of his car, throw them aside and drive in. My neighbour had somebody drive into his garden to turn. Somebody is going to be hit. I don’t mind people parking on one side of our entrance road but they are parking on both sides so we can’t get in or out, and there’s no access for an ambulance,” the man said.

He claimed the gardaí do not come out to enforce the parking bye laws, despite there being double yellow lines on the road. It has worsened this year he said.

“It’s shocking, the worst I’ve seen, they’ll park anywhere. I’ve seen a people carrier pull up on the roundabout and put on its flashers. The schools are at fault because they are not letting cars in. They have blocked one lane off this year and it has made it twice as bad. People go on about problem parking at Summerhill campus, but there’s nothing about here.

“The council spent thousands making it safe (building an access road to the houses) but now we can’t get in or out. The evenings are the worst, but in the mornings there is traffic from 8.15am, the whole way down the road.

“It’s a bad set-up. You would imagine parents could drive in, drop their child and go back out.

“I understand they have to be collected.

“They are paying enough for education, there should be parking,” he said.