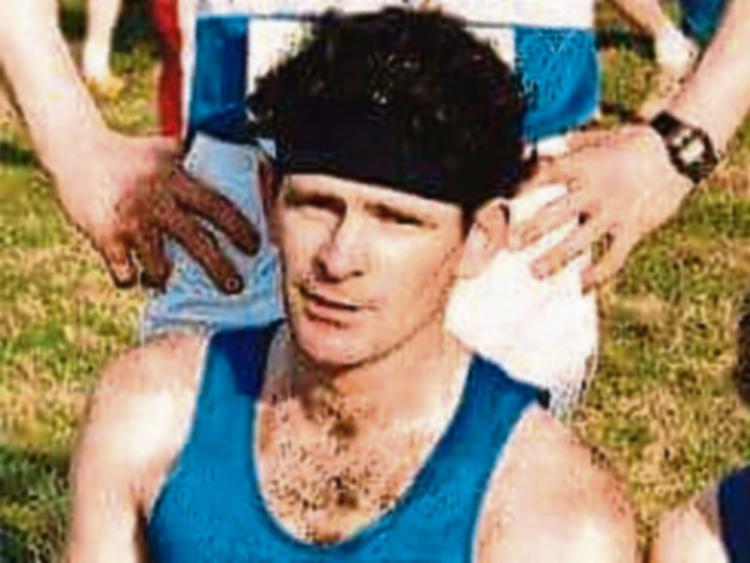 A Mountmellick man who lost contact with his family 30 years ago, has been found safe and well after an overwhelming response to a social media campaign by his brother.

Darren Conroy finally spoke on the phone last Thursday September 8 to his long lost older brother Tony, and is overjoyed to have found him alive and well.

“I told him that we all love him, miss him and want him to be in our lives that we always think of him. I told him of the 13 nieces and nephews that he never met and how one was named after him. I said ‘I just wanted to find you to know you were ok and tell you these things, that if it is with you, that if you want to keep in touch that we do it on your terms as you determine’. If he wants anything or to know anything to ask. He was happy. We go forward from here,” Darren told the Leinster Express.

Anthony (Tony) Conroy, aged 57, was last seen by his family in 1986. An accomplished runner, he won many titles in Ireland before getting an athletics scholarship to Arkansas University.

He returned to Ireland after eight years but left in 1986, with no contact since.

Darren, an osteopath in Portlaoise, had spent years searching the internet for his brother, compiling clippings and gathering friends who had known Tony.

“Thousands of messages to and fro all painting a picture of a young man that they loved and respected and giving me more into what might have been going on in his mind, his life,” he said.

Three weeks ago, after his little daughter Rosa suggested “why don’t you just go and find him”, Darren launched a public campaign on facebook to find Tony.

“It took off so quickly, it was shared 3,500 times. There was little or no sleep in the first four days as we sat on computer and phone. There was hundreds of private messages, thousands of comments and shares. I responded to all of them, inch by inch we were getting there,” he said.

In a week it brought a lead that he was afraid to believe could be real, a couple who claimed they knew Tony.

“It was an emotional rollercoaster over that week. My contact said stop the search you have found him. his wife messaged me and confirmed that this was it, she believed I had found him too. I was caught between this lead which could be a hoax or false, and keeping the campaign going,” he said.

A promised phone call a week ago never came.

“The disappointment was crushing,” said Darren.

He was then given a number to call last Thursday, and heart in mouth, with all his family alerted and waiting, he rang the number.

“He sounded a little different than my teenage memory. I asked him who he was, and the name of the field he ran in, and other things. I wanted to be sure it wasn't a hoax. He just saved me all the bother and listed off everything about us that only we would know.

“After 30 years I was speaking to him. It was a great feeling, the day had come, the search, the not knowing, was over,” said Darren.

Their parents Patrick and Mary are overjoyed to hear that Tony is found safe.

“I rang my mother and said ' Mam, it’s over, we found him, he is doing good.' That was the moment he was truly found,” Darren said.

The brothers talked for an hour on the phone.

“He said he was good, well and enjoying his running. We spoke of people we knew who are living or passed on. He asked for people he fondly remembers. We laughed a little and spoke of the future,” said Darren.

Out of respect for Tony's privacy, and hope for ongoing contact, his whereabouts will remain undisclosed, only that he is abroad.

The brothers talked about why Tony lost contact, but that too is private for now.

“That is his story to tell and not ours. Ours was to find him, hopefully alive and well and take it from there,” said Darren, who confirmed that plans have been made for further contact.

He is overwhelmed and grateful for the massive support he got in his search.

“Thousands of people were moved to get involved, even strangers who opened their hearts to us. A truly amazing movement of people all like drops of water making a wave. They did a great thing here, it is hard to explain in words,” he said.

He wants to send hope to other people searching for long lost family.

“Where there is life there is hope. I would say organise yourself well, be prepared for some pain and don't be afraid to fail. Give it a shot with all that you have got. Otherwise you never know.

“We lost Tony for 30 years and now he is found. What is not worth that? People change, the reasons you think may not be it at all, reach out, life is too short and there is nothing more important than family,” said Darren.