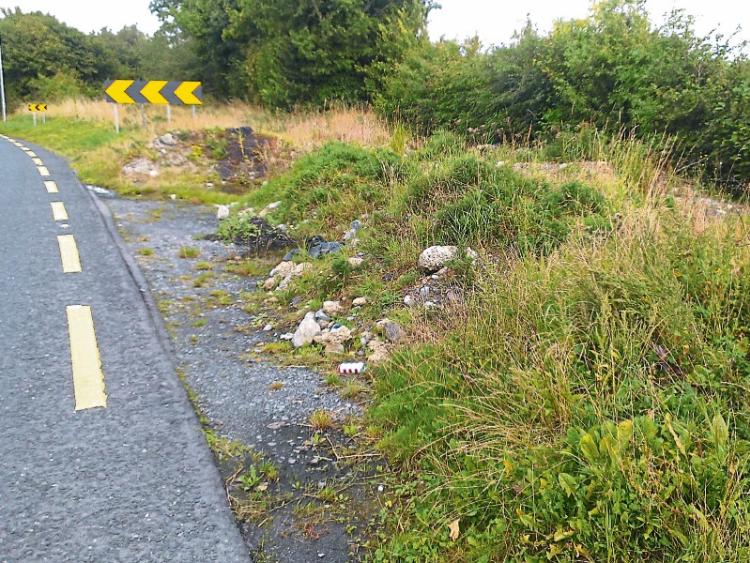 The Mountmellick to Rosenallis road should be used as a pilot scheme to rid Laois roads of so-called local authority chip dumps in lay-bys.

However, while county council staff do not oppose the idea they have warned that there may be unwanted consequences if the disused dumps are removed.

The proposal was made by Cllr Dave Goodwin, Fine Gael, at a meeting of councillors in the Borris-in-Ossory Mountmellick Municipal District.

“There are five or six chip dumps on that road and we are going to have to decide what to do with them,” he said. “I suggest the road could be a pilot scheme,” he said.

Acting senior executive engineer Brenda Cuddy confirmed that the dumps are not used any more and that she was willing to work out a way of removing the dumps, subject to budgets.

Cllr Goodwin suggested that they could be cleaned with bollards installed to protect the cleared areas which could be used as stops for cyclists.

Cllr Seamus McDonald also put down a motion on the chip dumps.

While the Rosenallis-based councillor supported their removal, he warned that cleared space could lead to illegal parking.

The Fianna Fáil representative suggested that a concrete fence would be used instead.

However, the engineer said such fences are not permitted now for road safety reason.

Cllr Paddy Bracken, Fianna Fáil said if dumps are cleared they should not be left in a state that they are not used.

Apart from the cost of having to fence off cleared dumps to prevent illegal use, Ms Cuddy said the council no longer has the money to maintain public land which can lead to heavy growth.

The councillors were told that discussions had taken place with the owner of land in the area of one lay-by at Summergrove, Rosenallis.

It has been agreed to topsoil and seed the area while the landowner will maintain the site.