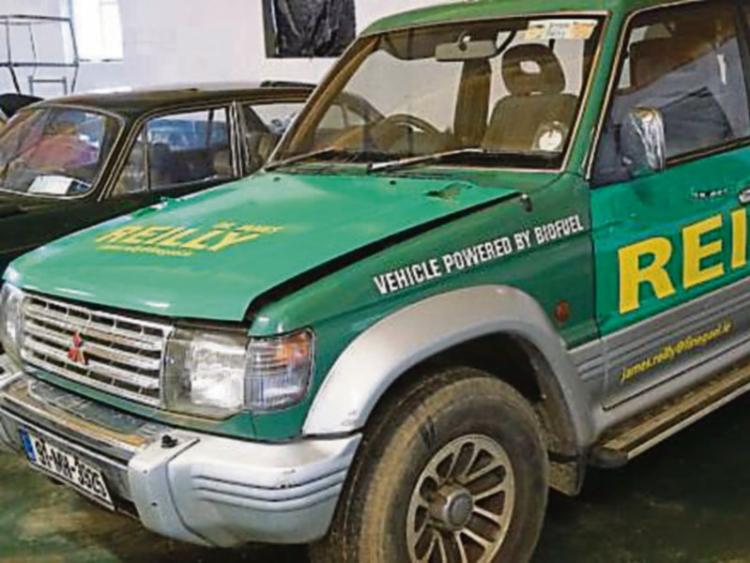 Laois auctioneers Sheppards are putting everything from a political Pajero to a ballerina ring valued at up to €9,000 under that hammer this month at an auction of the contents of Laughton House, the home of former Minsiter Dr James Reilly.

More then 2,500 lots are up for sale by the Durrow auctioneers at the auction of items in the Anglo-Irish mansion near Moneygall. It runs over three days at the end of September in the Co Offaly property which sits on 82 acres.

The green 1991 registered Mitsubishi Pajero still retains some election publicity for the Fine Gael doctor. One of the cheapest lots, the jeep is valued at just €300.

The ring features 48 diamonds and an oval blue sapphire.

The sale features a mountain of items from steel farm gates to four post poster beds. Many high quality pieces of furniture and art are included.

The deputy leader of Fine Gael was interviewed by the Irish Times about the house and its sale in August. He recalled that he “jumped into the bed, punched the air and said ‘Feck you, Your Majesty; Paddy is back.’” on the day he bought the mansion.

The top lot is a 1939 Daimler car which was apparently used by Winston Churchill and is valued at €18,000.

Dr Reilly, a former president of the Irish Medical Organisation, and his wife Dorothy bought the the house as a country retreat in 2001. It already contained many items which are not up for sale.

The GP and his wife are also selling the house by private treaty with an asking price of €2.75million.