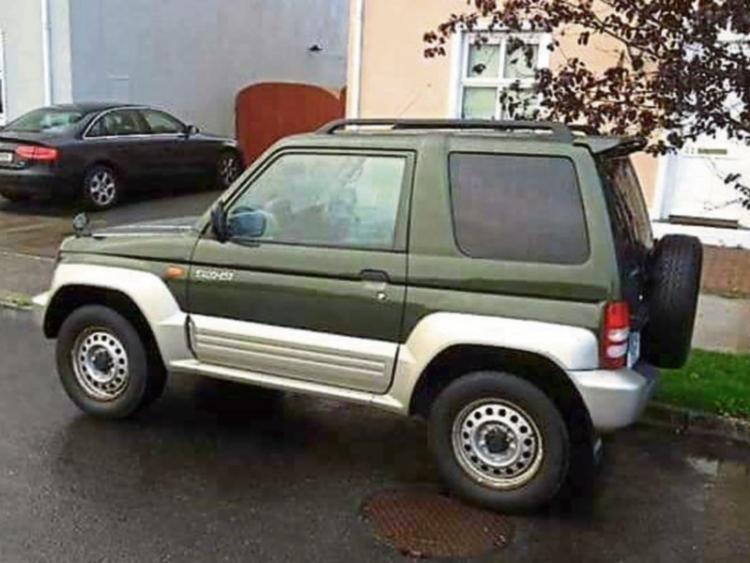 'Brazen' thieves spent half an hour replacing the flat battery of an elderly lady's jeep to steal it in Mountmellick, Laois early on Thursday morning September 15.

The green '96 automatic Mitsubishi Pajero, registration 96 KE 7092, was stolen around 2.30am from Wolfe Tone Street.

It was owned by elderly grandmother Mrs Frances Kavanagh, who has arthritis and was able to climb in and out of the jeep easily.

“It gave her great independence after my dad and then my sister passed away. She was able to use it to get to the church and the graveyard,” her son Justin said.

The jeep's battery was flat on the night.

“They left the old batter y there. To brazenly go up and open the bonnet to replace the battery, we can't comprehend it,” he said.

CCTV evidence of two men has been passed to Mountmellick Garda Station, which is across the road from Mrs Kavanagh's home.

Anyone with information is asked to call Portlaoise Gardaí.