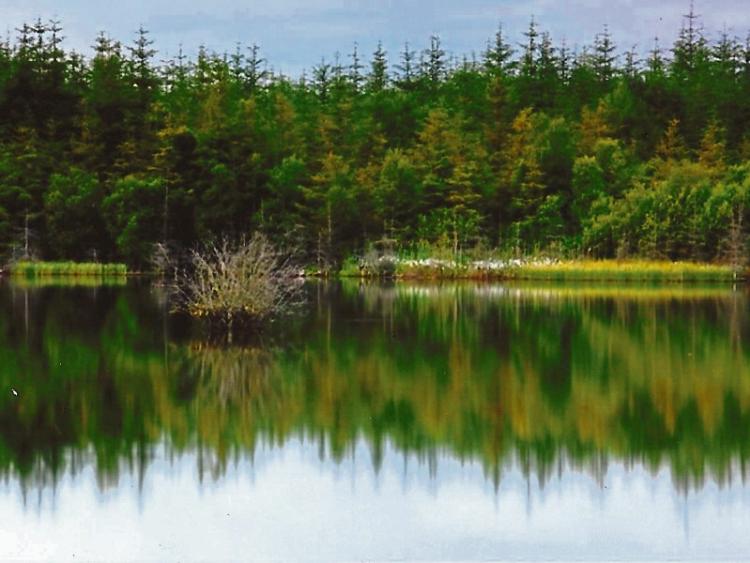 Portarlington is to get a tourism boost of €64,500 for boardwalks around the scenic Derryounce Lake, with further big plans to develop the beauty spot.

The money will be used to build three looped walks around the lake and woods, including boardwalks, upgrading walking surfaces, fencing, signage and directional markings.

Portarlington Community Development Association members were celebrating this week at their success in scooping the grant, from the Dept of Arts, Heritage, Regional, Rural & Gaeltacht Affairs.

“We believe that Derryounce has the potential to be developed into a major recreational facility and tourism venture in the Midlands and this is just the first step towards achieving that aim,” said Cllr Aidan Mullins.

He is Chairman of the Derryounce Management Group, a sub-committee of the PCDA, who have spent three years working to enhance the site.

““The Committee has put in a huge amount of time and effort to enhance the facility and seek funding for its development,” he said.

Derryounce is a manmade lake created by Bord na Móna in 1995, when they excavated bog land.

It is backed by a larger lake, Lough Lurgan, surrounded by dense woodlands and bog.

Bord na Mona and Coillte signed over long term leases to the community group for the site, who relied mostly on volunteers to develop it.

It has become a popular walking spot, while the Anglers Club keep the lakes stocked for fishing.

The Derryounce committee, which includes anglers, walkers and wildlife enthusiasts, has also developed a feasibility study and a biodiversityplan, to develop Derryounce for recreation, leisure and tourism.

The application was processed with the assistance of Laois Partnership Company.