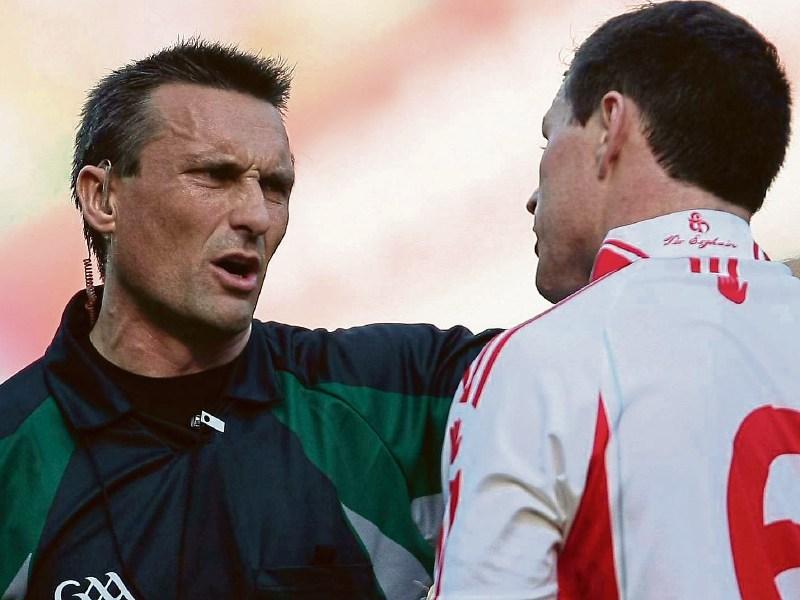 The GAA has confirmed that Laois native Maurice Deegan will referee the All Ireland Gaelic Football Final replay between Dublin and Mayo on October 1 at Croke Park.

The Stradbally clubman, who refereed two previous football finals is very happy to have been chosen.

“I’m delighted, the wait yesterday was hard, I just found out this morning, and I’m really honoured that I will get the chance to referee another All Ireland Final,” Deegan said this morning shortly after hearing the news.

“The fact that it is a replay probably heightens it a bit too, and I’d be very competitive - after 2008 and 2012 I still wanted to do an All Ireland.

“That is what kept me going and to do three is a huge honour. There is satisfaction in it and to be given another chance is great. In a way I can’t put it into words, but I’m just very honoured. The rivalry with Dublin and Mayo at the moment, I’m just looking forward to it.”

Deegan’s passion for refereeing games at every level still burns.

“For me it is the same as lads playing football, I love refereeing. I love the social aspect, there are many sides to refereeing surrounding the matches and I enjoy it. If I didn’t I wouldn’t be doing it.”

One of the toughest parts, though, is the phonecalls Deegan had to make this morning to inform some of his umpiring team that they wouldn’t be required on October 1.

“It is the same as being a manager picking your team, so it is very tough on the lads. That is the human side of it.

“Without the backing of my family it would be very hard and I must give special mention to my wife, Aisling.

“I’m doing different bits and pieces with the club, I’m Chairman of the Juvenile Club in Stradbally so I’m often gone five or six nights of the week. Without her support I’d be at nothing and I’m very grateful,” said Maurice.

The replay takes place on Saturday October 1 in Croke Park, throw in 5pm.