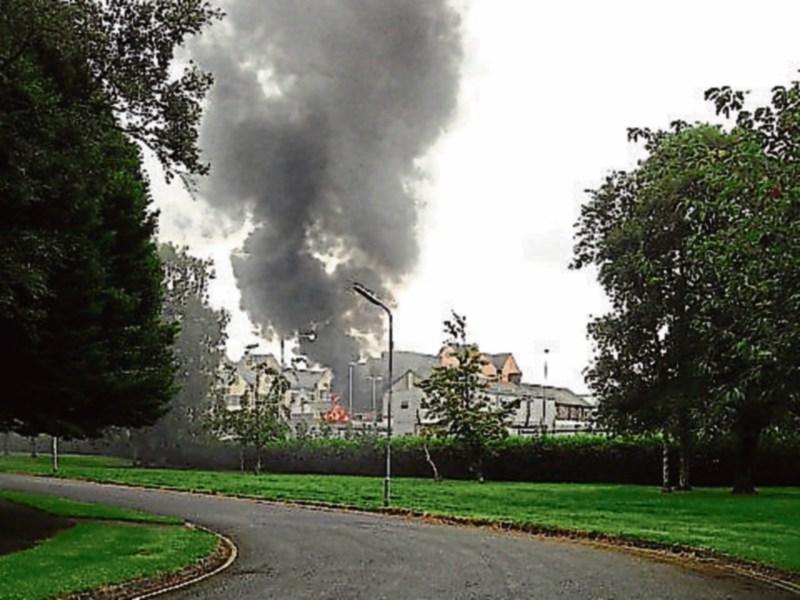 Ambulances are being diverted to the A&E in Portlaoise and other hospitals in the Dublin Midlands health division after a man died in a ambulance fire at Naas Hospital.

Naas hospital's emergency department was put off call after a man has died after an ambulance went on fire outside the A&E department this afternoon.

The cause of the fire is not known but it has been confirmed that one person has died. The man is believed to have been in his 70s.

The patient in the ambulance was killed and two ambulance crew were injured in what was described as "an explosion in the back of the ambulance".

One of the ambulance crew is understood to have received severe burns to the head, face, torso and upper limbs and has been transferred to the specialist burns unit in St James's Hospital in Dublin.

A second ambulance crew member received more minor injuries, including smoke inhalation while trying to assist at the scene.

Ambulance crew based in Portlaoise are not understood to have been caught up in the incident.

Other hospitals including Portlaoise, Tullamore, St Vincent's and Tallaght will be taking any emergencies that would have been destined for Naas.