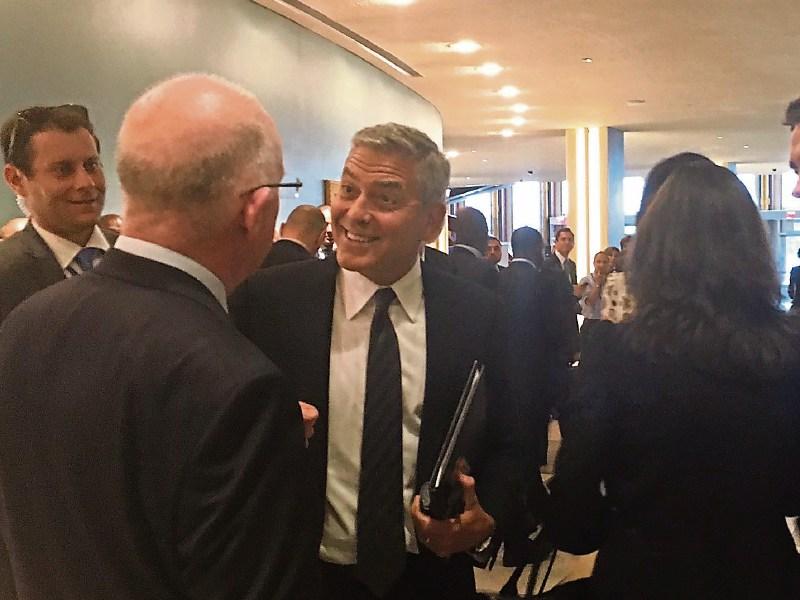 The Minister for Foreign Affairs, Charlie Flanagan met George and Amal Clooney during his trip to the United Nations General Assembly in New York during the week.

The Portlaoise based Minister is representing Ireland at the UN General Assembly, and his encounter with the celebrity couple took place earlier in the week when the Clooneys attended a roundtable on refugees at the UN .

George Clooney's ancestral homestead is reportedly in Abbeyleix, and his father has visited the town.

It is believed that his ancestor ancestor Sarah Clooney lived and worked in the factory that made carpets for the Titanic.

Minister Flanagan has had a busy programme of engagements in New York.

His schedule also included an address to the Irish Consulate in New York on Brexit, Northern Ireland and immigration and diaspora issues, as well as meeting a number of fellow Foreign Ministers and UN Special Envoy, Mary Robinson.

Minister Flanagan also spoke at The UN Office for the Coordination of Humanitarian Affairs, and has met with Irish and Irish American community and business figures in New York.