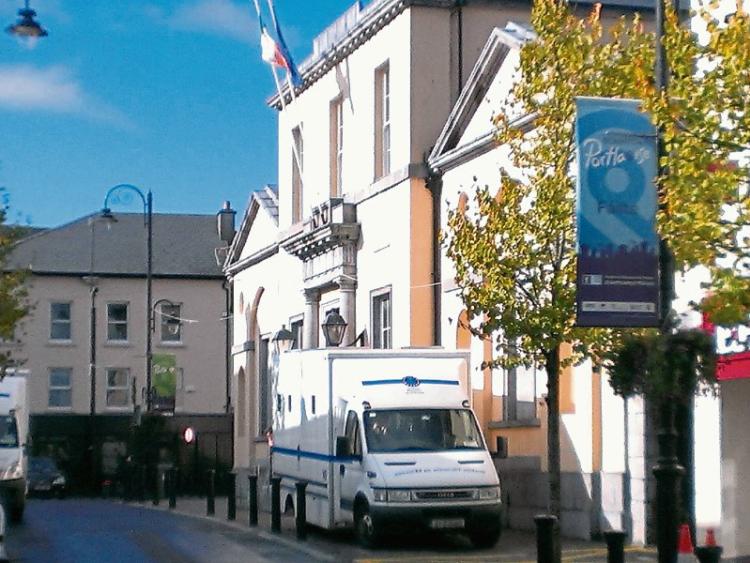 A Portlaoise man who drunkenly kicked at people in the street before he attempted to headbutt a garda has been found suitable for community service.

John McEvoy (24), Rathnamanagh, Portlaoise, was convicted back in July of public order offences including being intoxicated, threatening or abusive behaviour, and failure to comply with the directions of the gardaí, on March 27 this year.

The July court heard that the accused abused door staff at a nightclub in Portlaoise, and was later seen kicking out at passers by on Mains Street. He was arrested, but during his arrest he assaulted a garda.

Judge Staines put the matter back to September 15 for a community service report, recommending 150 hours in lieu of six months prison. She also told McEvoy to have an extra €400 for the garda he assaulted.

In addition, McEvoy was ordered to stay out of licensed premises for 12 months.

When the case returned to court last week, defence, Ms Josephine Fitzpatrick said her client had been found suitable for community service.

McEvoy was not present in court, and defence did not have the €400 compensation.

Judge Catherine Staines put the matter back to October 13, for compensation and finalisation of the case.