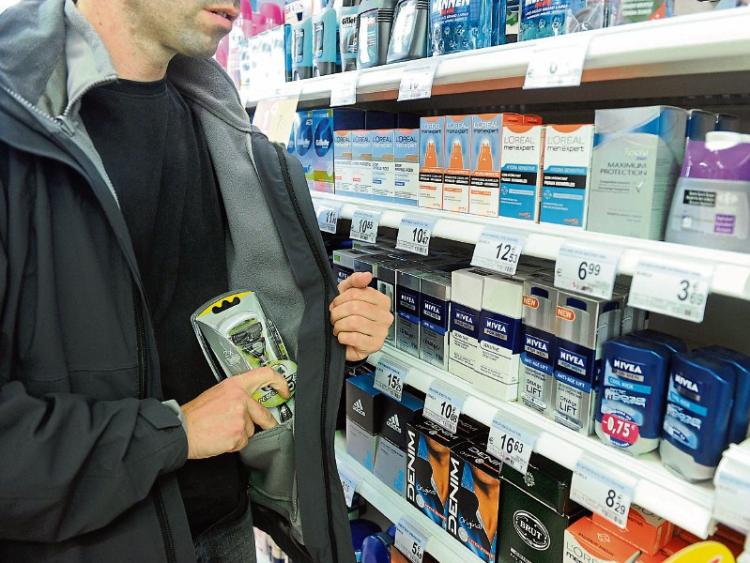 Shoplifting in Laois has risen by 57 percent in the past 12 months, according to the latest garda figures, although there has been a 21 percent drop overall in property crime.

At the recent Joint Policing Committee meeting in County Hall, Superintendent Joe Prendergast said that the total number of property crime has dropped from 493 incidents to 389.

The figures compared the second quarter of 2016 (April to June) to the same period in 2015.

However, both aggravated burglary and theft from the person are up 100 percent - from one incident to two, and from three to six, respectively - while shoplifting is up 57 percent, from 49 incidents in the second quarter of 2015 to 77 this year.

He also informed the meeting that a number of gardaí have been injured in at least three garda operations and required hospitalisation.

Two patrol cars have also been written off after being rammed by offenders, he said.

Supt Prendergast said that CCTV was getting much better at being useful in catching shoplifters.

He also said that the presence of the prisons in the town was a factor in the increased number of thefts from shops.

In relation to thefts from farms and rural areas, Deputy Brian Stanley said that a very small number of people were behind these crimes.

Cllr James Kelly said that there were groups going around under the pretence of hunting at night time, but they were actually casing places to break into.

“They’re not locals at all, they’re coming from 50 or 60 miles away, some were identified from as far away as the halting site in Clonmel,” said Cllr Aird.

Cllr Noel Tuohy said that according to a recent survey, 83 percent of people in rural areas were in favour of carrying firearms to protect their property and defend themselves.

To this, Supt Prendergast replied that people can only carry and use firearms in accordance with very strict laws.