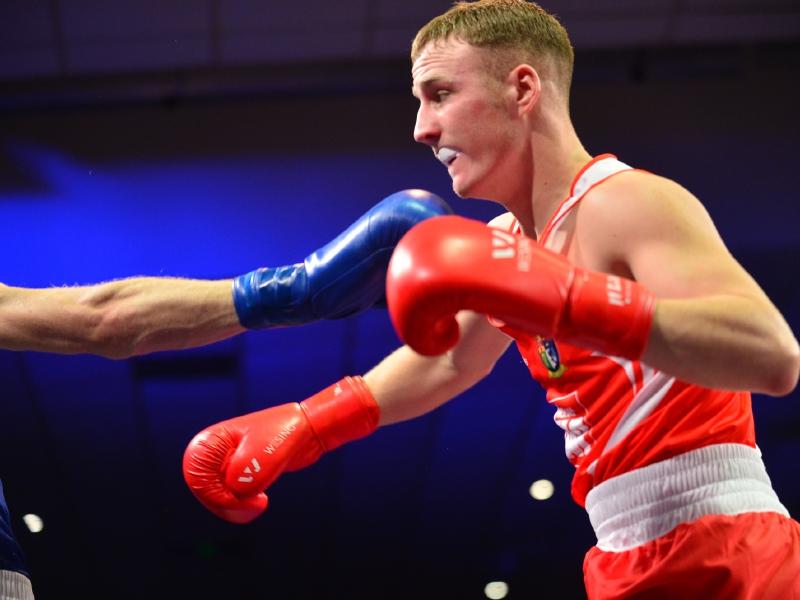 Michael O'Reilly, the Portlaoise boxer who was sent home from the Rio Olympics for a failed drug test, has appeared before the District Court in Thurles today on a bench warrant.

He had not appeared before Thurles District Court when the matter was first listed before Judge Elizabeth MacGrath on May 3 last.

A bench warrant was subsequently issued. He was arrested and brought before Portlaoise District Court in July, before he was due to head to the Olympics Games in Rio.

The boxer, of Mountrath, Co Laois, is charged under Section 4, 6 and 8 of the Public Order Act in relation to an alleged incident at Ballybeg, Littleton in north Tipperary on April 18 last.

It is alleged that O'Reilly was drunk in public, engaged in threatening or insulting behaviour and failed to comply with the lawful instructions of a Garda.

The boxer appeared in court wearing blue jeans and a light blue shirt.

He did not speak during the hearing and declined to comment to reporters as he left Thurles courthouse.

Judge MacGrath was told that Gardai were seeking an adjournment in the matter given that further charges may be involved.

Sergeant Declan O'Carroll, for the State, said directions are now awaited from the Director of Public Prosecutions (DPP) over the matter.

JJ Fitzgerald, for Mr O'Reilly, said his client was anxious for the matter to be dealt with.

Gardai sought an adjournment in the matter until late December.

Judge MacGrath adjourned the matter until December 6 next.