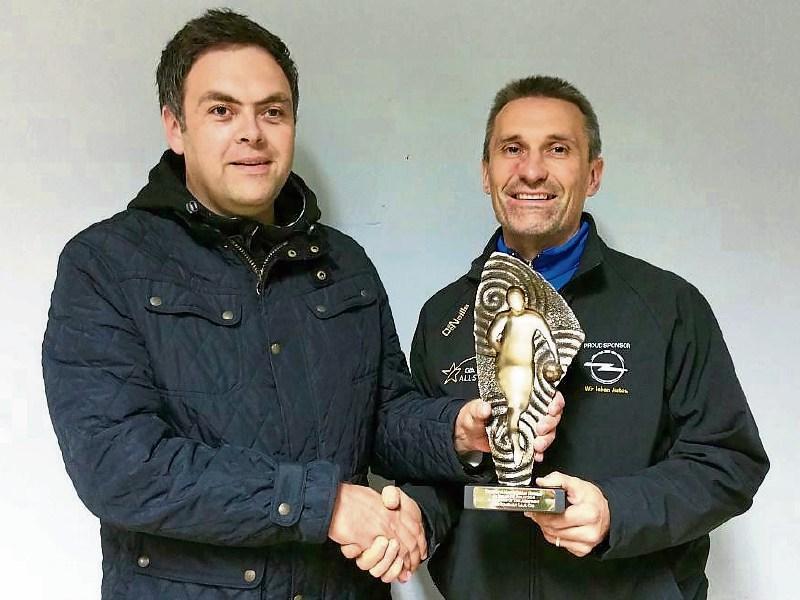 Stradbally GAA presented Maurice Deegan with a plaque this week in recognition of their club colleague and his team of Laois umpires being chosen to officiate the All Ireland Final Replay .

Maurice and his umpires take charge of the final between Mayo and Dublin which throws in at 5pm at Croke Park on Saturday, October.

“This is a phenomenal achievement for Maurice and his family and as an ambassador for our club, he represents us at the highest level. We wish him the best of luck on Saturday evening,” said a tribute posted on Stradbally GAA Club's Facbook .

The Stradbally man was delighted to be chosen to referee what will be his third final after taking charge in 2008 and 2012. He ran the side line for the first match of this year's final.

“I’m really honoured that I will get the chance to referee another All Ireland Final,” said Mr Deegan after being chosen.

There is sure to be pressure on the Laois man on the big day but there will also be some added attention on his umpires in the wake of the ladies football final between Dublin and Cork which saw a vaild point waved wide.