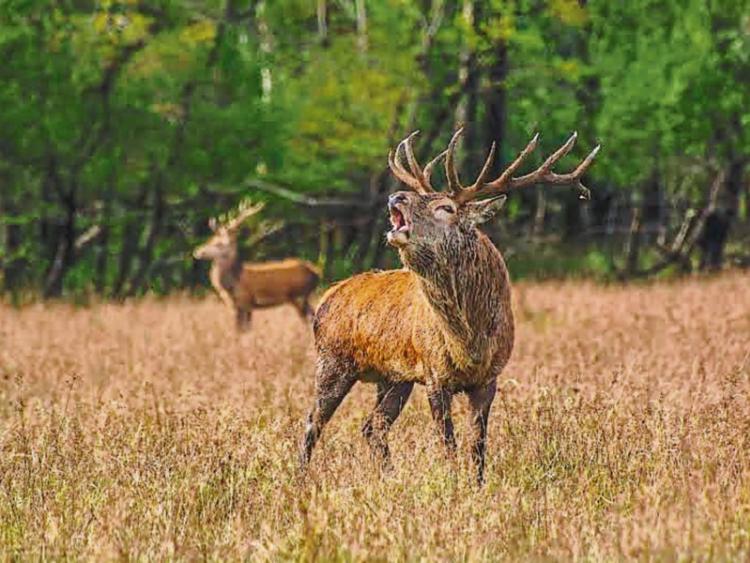 Motorsists are urged to be vigilant during the deer rutting season, which is currently underway. The deer breeding season, known as the Rut, takes palce from late September until early November.

It's a time when the clash of antlers will be heard as males show off their virility to potential mates and, like gladiators entering an arena, they parade around showing off their armoury of antlers.

While the rut is an amazing experience to witness it is also a time when there is an increased incident of road traffic accidents involving deer as male deer go in search of females and younger males are ousted by dominant males forcing deer to cross roads and motorways.

The Wild Deer Association of Ireland are calling on motorists to be vigilant at dawn and dusk, when deer are most active, particularly in high risk areas such as woodlands and mountains.

What should drivers do in high risk areas? The Wild Deer Association of Ireland are advising motorist to reduce speed where they see a warning sign and stay alert. Prepare to stop, never swerve as you could hit another obstacle or oncoming vehicle.

When you see a deer “dip your head lights” as the full-beam may cause the deer to freeze. If a deer has crossed in front of your vehicle, be aware that others may follow.

A spokesperson for the Wild Deer Association of Ireland said “the UK has over 70,000 road traffic accidents annually involving deer.

In Ireland such accidents have increased in recent years following the expansion of our road network and the increased range of deer, however the number of reported accidents at 400 to 500 with no fatalities makes such incidents a rare occurrence.”