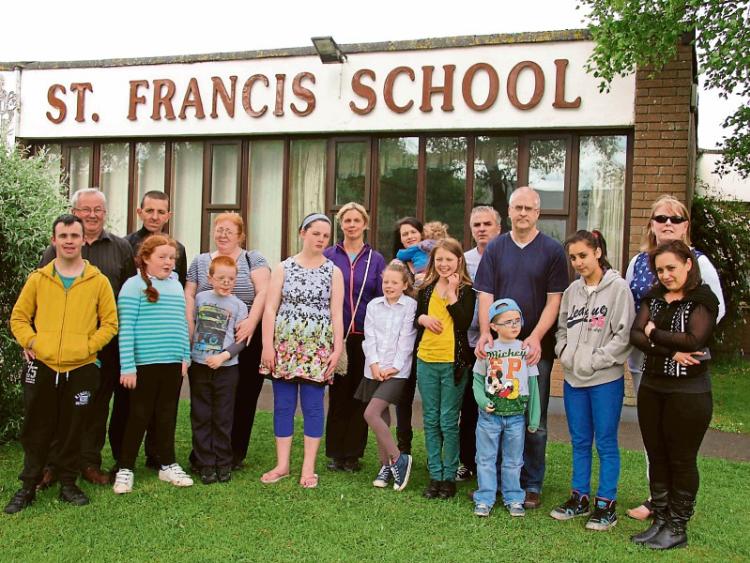 A brand new purpose built school has been announced for St Francis special needs pupils in Portlaoise, but parents are concerned at how long it may take to deliver.

“The situation at St Francis School was such that the building on the Timahoe Rd was no longer fit for the needs of the pupils and staff. I am pleased that staff and pupils can now look forward to a new school building on the site of the former St Paul’s Nationals School on the Borris Road,” the Minister said.

However parents are concerned that there could be four more cold winters ahead for the 100 students before the new school is opened.

Michael Gorman is chairperson of St Francis New Building Sub Committee, formed by parents to campaign for a new building in a rapid timeframe.

They received no official confirmation, but are delighted at the news of a brand new building.

“We are hugely delighted it is at this stage, but we have grave reservations on the timescale, given the current state of St Francis building. Everyone has accepted it is not fit for purpose. It may be 2021 before it is finished, that’s a lot of winters,” he said.

St Francis school is in a flat roofed concrete building on the Timahoe Road. It was refused money for insulation by the Dept because a new school was planned. Last month a secondhand prefab wasinstalled.

For its 100 children aged 5 to 18 with mild to moderate learning disabilities, and their teachers, the building is cold and unsafe.

Last year parents went public about their fears of an accident, listing damp walls, dangerous electrics, busses parking on the path, rats in the playground, and a lack of sensory facilities.

“It was a huge thing for families to publicise their own cases, acknowledgement needs to be given to those families for getting this where it is,” Mr Gorman said.

The committee wants work to start on demolition and architects plans now, instead of waiting until 2018.

“If the school was built and ready to move into by mid 2018, that would be a reasonable expectation and one families might be able to live with. That would mean that these vulnerable children would only have to suffer two more winters in the current unfit building,” he said.

“It is essential that demolition of the existing building at St Pauls is carried out without delay and that building of the new school building proceeds without further delay,” he said.

He thanked the school management for their input.

Portlaoise curate Fr Paddy Byrne is the Chairman of the Board of Management.

“I welcome it with a great sense of delight. The first step is that St Paul's is entirely demolished. Board of Management will oversee the entire project,” he said.

The school was already listed to go to tender for a new building in 2018, but the offer of St Paul's by the school's patron, Portlaoise Parish, had not been accepted..

The dept had assessed St Paul’s for adaption, an option parents were firmly against.

No confirmation on the announcement has yet been issued from the Department of Education.